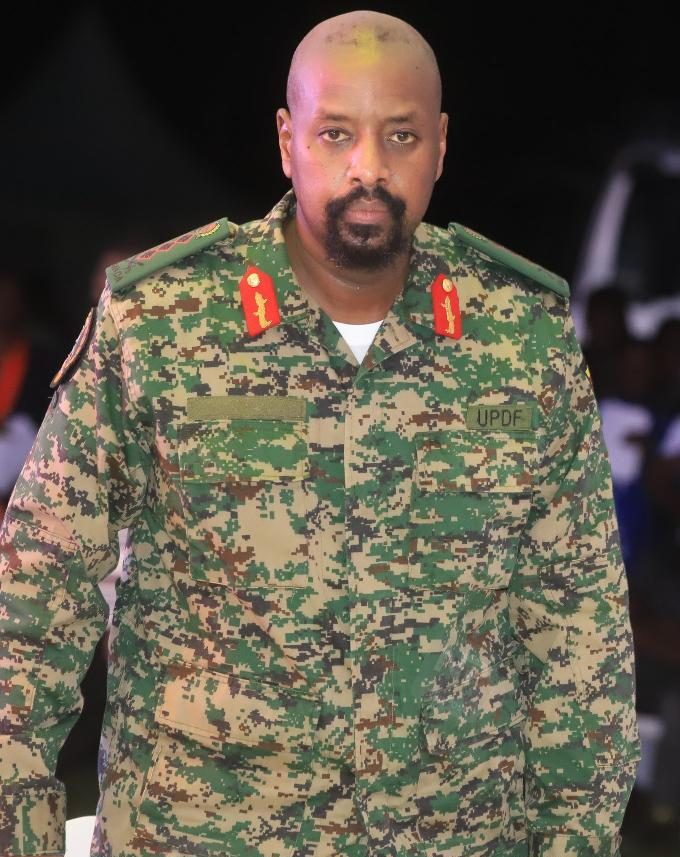 Ge. Muhoozi has been the talk of the region with his tweets.

Uganda’s President Yoweri Museveni on Tuesday promoted his son Muhoozi Kainerugaba to the rank of General, the highest rank in the Uganda People’s Defence Force (UPDF), but dropped him as commander of Land Forces after a flurry of tweets that rattled the East African region.

Muhoozi, who was a Lieutenant General, has been on a tweeting spree over the past few weeks, sending out tweets that got the region talking. Following a flurry of tweets on Monday that insinuated that he can capture Nairobi in two weeks, with his army, he continued on Tuesday posting several controversial tweets before posting that he had talks with his father following the tweet storm.

In a series of tweets on Tuesday, Gen. Muhoozi insisted that East Africa can remove borders to become one country and his father would be the President, deputised by President William Samoei Ruto while former Kenyan President Uhuru Kenyatta would be Foreign Affairs Minister and President Paul Kagame the Defence Minister.

He later deleted the tweet about his ‘Uncle’ President Kagame but continued to tweet about regional affairs, again stirring a debate on social media as many urged him to drop the ‘reckless’ regional talk which risked angering Eastern African Community partner states.

“As I told my father [email protected] we younger East Africans have decided that we will be one nation! No amount of threats will stop us from that goal! Union is a MUST! No honourable men can allow these artificial, colonial borders anymore. If our generation has men then these borders must fall!”

“To all compatriots, fellow country men and women. Uganda and Kenya. I say we must all conquer our fears. These colonial borders must fall!”

“Had a good discussion with my great father this morning. Apparently, my tweets scared Kenyans too much? He will announce the changes. There is a special prayer I shall make for our army.” Muhoozi tweeted, hinting on the changes in the army hierarchy.

Previously it was reported that President Museveni warned Gen. Muhoozi and other top UPDF members to refrain from using social media platforms in a manner that can jeopardize the country’s security. It is not yet clear if his removal from office is related to the tweets which angered Kenyans on Twitter.

On Tuesday, Gen. Muhoozi posted another tweet claiming that after capturing Nairobi, he would take his wife on a tour of ‘our district’, referring to Kenya.

On Tuesday, Uganda’s Ministry of Foreign Affairs issued a statement distancing itself from the social media posts, without mentioning Muhoozi at all, reiterating that bilateral relations between Uganda and Kenya remain strong and cordial.

“The Ministry of Foreign Affairs wishes to clarify that the Government of the Republic of Uganda does not conduct its foreign policy and other official business through social media nor does it depend on social media sources in dealing with other sovereign Governments,” the Ministry said.