A Challenging Call: Is Russia-Ukraine Crisis Affecting Trade in Kigali? 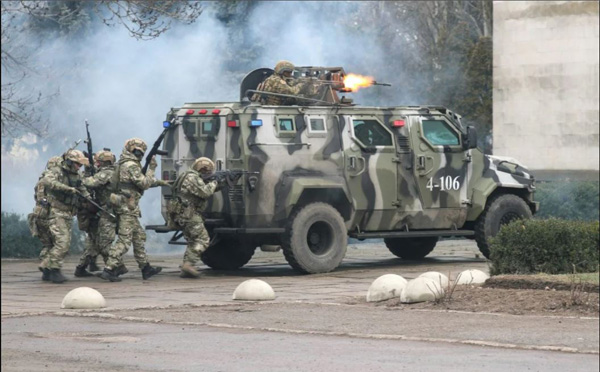 Not so often that, my wife is bothered by geo-political affairs and has for over 5years not shown interest in international affairs except American and Mexican soap operas and anything else to do with food and science. May be just because she is a food scientist.

Surprisingly, I received her call expecting her usual tender voice inquiring if I had lunch, only to be challenged “Hny is NATO capable to squash this crisis?” she asked. At this point, I got shocked, she went on to inquire does Russia’s invasion to Ukraine have any impact on us here in Rwanda.

To start with, Article 5 of the North Atlantic Treaty, which was signed in 1949 all members agreed that an armed attack against one of them in Europe or North America will be considered an attack against them all. They agreed that each of them would assist the parties attacked by taking any action deemed necessary, including the use of armed force.

Let us wait for a vivid stand of the NATO and see if they really are capable of intervening or look aside.

My biggest interest of the argument though was anchored on whether the Moscow-Kiev disagreement will affect the veggie trader in Nyabugogo. Absolutely and How?

Russia is the world-leading supplier of fuel with 12% of the global supply and this does not require economic abilities to know that such supply directly affects trade by hiking the cost of production.

Nonetheless, Russia supplies liquefied petroleum gas (LPG) and is among the leading supplier of gas though it is not Russia with the most reservoirs of gas. Other countries like Algeria have much LPG depots but the cost of production of gas for the North African nation is definitely high compared to that of Russia.

The Western Countries and USA as a member state of NATO have not shown practical military interventions as defined by Article 5 but rather resorted to sanctions. So what do these sanctions mean to I and you here in Kigali?

Just to shade light on some of these sanctions for starters to know what exactly is transpiring in the field of fight for political hegemony between Russia and NATO member states (USA at lead) to be precise. This war isn’t just a war between Russia and Ukraine over the states of Donetsk and Luhansk which can be solved by mere respect of the Minsk Accord.

The 10 Sanctions against Russia so far. Allow me to classify these sanctions in two classes (Those that affect us as ordinary citizens in Africa and elsewhere and those that, don’t affect us). Sanctions affecting trade in Kigali include:

Other sanctions imposed that do not pose a direct effect to the common man here include; freezing of President Vladimir Putin and PM Sergei Lavrov’s assets, sanctions against 58 elite people and entities and suspending of Russia’s supporting teams from international sporting competitions.

Can Russia live with the Sanctions or Can the rest of the world live without Russia?

This is a big call, but just in simple terms the two worlds need each other. Much as the West have imposed sanctions against Russia, there is no single sanction banning trade between them and Russia. This means, they strongly value Russia’s trade relations given that, they produce what they want in abundance (Fuel and LPG).

On the other side, Russia needs the rest of the world in order to maintain her economic strength and to finance the war in Ukraine. So it is win-win situation.

Does the Russia – Ukraine Crisis have any positive effect on common man’s trade?

I do not want to be too sarcastic in discussing the affairs of Russia and Ukraine or even take sides, but truth is this might be an awakening call to African states to check their positions and find a solution within their abilities.

Take an example of Algeria which has much more LPG than Russia, as Northern part of Mozambique does, but Russia is leading global supplier. Therefore, shortage of LPG on the global market may force Algeria to invest heavily in the market to meet the increasing demand. The cost might be high given that, the cost of operations was not earlier planned for and Russia’s production overhead cost were depreciating given the time they have done so.

Another calling opportunity is the growing of cereals both Russia and Ukraine are among the high producers of cereals in the world. However, this does not mean that Africa cannot grow cereals but stiff competition from these two have been an obstacle to new entrants in the cereal market.

Russia – Ukraine crisis whether you are supporting it from stands or taking a close look at it, the effect to all of us is imminent.