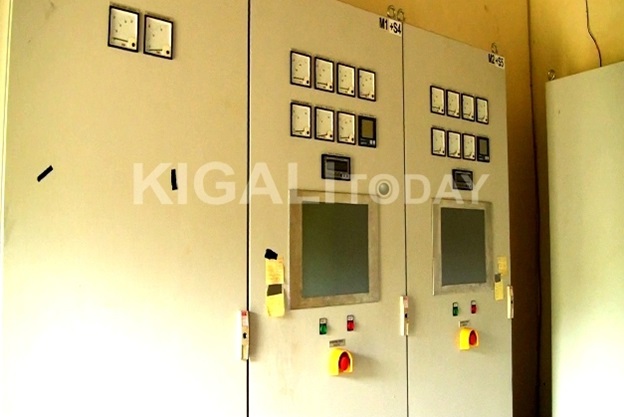 Swtich board at the Dams control center. A code was activated to stop operations of the turbines. The Dam will be auctioned in August.

“Bank of Kigali interested us, but we will need to first find out if it can be a profitable venture,” Andrew Nyamvumba, Chief Executive Officer of Ngali Energy has told KT Press yesterday afternoon.

Nyamvumba said the company will first conduct a profitability survey.

The dam located in Nyaruguru district, has capacity of 500 kilowatts.

Bank of Kigali is seeking to recover about Rwf 700 million acquired by the initial investor, (ENNy ltd), inform of a loan in 2011.

The dam began operations and produced 500 kilowatts of electricity.

ENNy ltd failed to pay the balance and a blame game ensued between the shareholders; CARERA and Adenya Nyabimata.

The German supplier had installed a code that would switch off the turbines remotely if ENNy ltd failed to clear the arrears.

The turbines were automatically switched off when the waiting period expired.

Meanwhile, ENNy ltd was supposed to service the loan through revenue generated from electricity sold.

But this didn’t happen because the turbines were switched off and no more electricity would be generated.

ENNy could not raise Rwf 18 million per month, from Rwanda Energy Group (REG), the national utility, where they had signed a power supply contract for ten years.

Consequently, Annanie Bizimana, ENNy’s chairman, says, we could not service the 7-year loan (Rwf 14 million per month) owed to Bank of Kigali on top of hundreds millions to other suppliers and overheads.

In the meantime, Bizimana told KT Press that four other investors, including a Germany company are interested in taking over the dam.

“They (investors) expressed their interest, but we want enough time to raise the money which is challenging to us because the bank cannot wait.”

He said the highest proposal was Rwf 1.3 billion in a dam whose asset is estimated to be Rwf 1.6 billion.

The plant capacity is not worth the amount, according to energy experts. If they raise it, ENNy ltd will share the money between the bank, the supplier and other players, including the government.

“We are calculating the damage ENNy ltd caused for failure to supply us power before we sue them,” Iddo Musana, in charge of power plants in Rwanda Energy Group told KT Press.

Rwanda loses 272 megawatts monthly since the last 12 months when the Nyaruguru plant was closed. 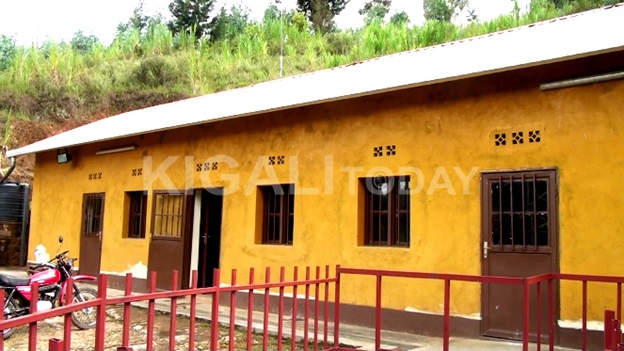 Two turbines are housed in this building.