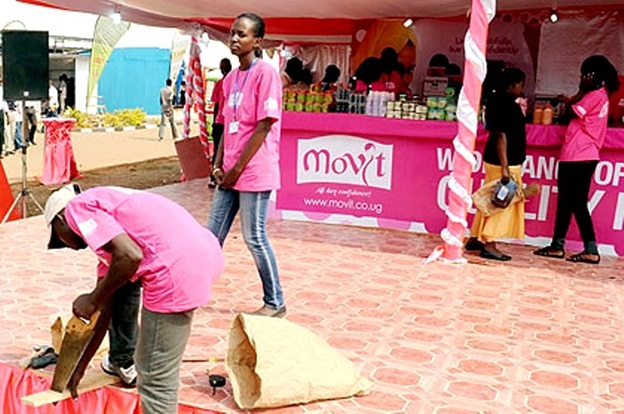 Various products and services are exhibited at the international trade fair (Expo) in Kigali. This year’s Expo is expected to attract about 270000 visitors.

Global and regional traders are heading to Rwanda for the 18th International Trade Fair beginning from July 29 to August 12.

The two-week long event, popularly known as Expo, is organized by the Ministry of Trade and Industry in collaboration with Rwanda’s Private Sector Federation (PSF).

Seventeen countries from Asia, Caribbean and Africa have already booked space at Gikondo-based Expo grounds in the capital Kigali.

According to organizers, the trade fair is seen as a tool for widening Rwanda’s bilateral and multilateral trade cooperation.

Big and medium traders from as far as Asia, Europe, Africa and Caribbean are expected to exhibit various products and services.

Organizers told KT Press that main sponsors of the trade fair have offered Rwf 750 million (US $1 million based on current exchange rate) to ensure a successful trade fair.

“We have over 30 main sponsors who contributed Rwf 25 million each,” Anastase Rwabuneza, communications officer at PSF told KT Press.

Local telecom companies MTN-Rwanda, TIGO and Airtel are among the special sponsors. Rwanda’s major brewer, Bralirwa, a subsidiary of Heineken Group, is part of the sponsors.

Meanwhile, Rwabuneza told KT Press that booking spaces are categorized depending on the size of the exhibitor and space is already 80% occupied.

The cheapest space at this year’s trade fair costs Rwf 202,500. The trade fair is expected to create thousands of jobs for Rwandans during the 2-week Expo.

“We are expecting huge Indian tech companies that will exhibit their technologies in small and medium enterprises. This adds the number of jobs available during this trade show,” Rwabuneza said.

Lillian Mbabazi, a university student, told KT Press that, “With Expo, we settle accommodation and other necessities from revenues we get out of those temporary jobs.”