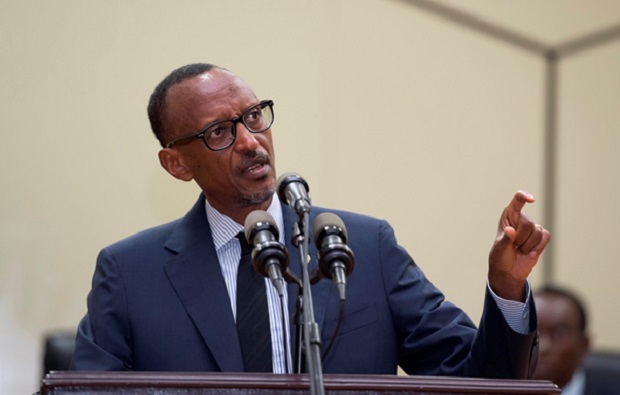 President Paul Kagame says Rwandans should not be barged into selective international justice that targets some and spares others.

Kagame said international courts continue to target people from weak nations and keep hands off those from powerful nations.

The current world order has made people get used to saying that some people are more equal than others, but “Rwanda should not belong to those who think they are less equal,” he told judges and prosecutors at a national retreat launching the 2015/2016 judicial year

Rwanda has over the past years issued indictments for fugitives responsible for genocide crimes, but the countries hosting them have been adamant in trying them and or extraditing them to Rwanda.

The countries habouring fugitives have gone beyond to invite top Rwandan leaders to official duties and later arrested them on basis of international arrest warrants.

Yet, on the other hand, French prosecutors recently requested to drop a case against Fr.Wenceslas Munyeshyaka, a Rwandan priest accused of taking part in the Genocide against Tutsis in April 1994.

“We will not accept to be manipulated by western countries sheltering genocide fugitives for political interests,” Kagame said.

Transparency International says 80% of Rwandans are happy with the judiciary system, while Global Competitiveness Report ranks Rwanda 34 out of 144 countries, 3rd in Africa and 1st in EAC on independence of its operations.

Rugege said, “This has been due to improvement in use of technology and quick service delivery in the sector.”

Kagame said Rwandans should celebrate this achievement.  “We started from zero but we have built a justice system that reflects Rwanda’s aspiration to be governed by the rule of law.”