Rwanda Revenue Authority (RRA) has eased nuts on tax defaulters weeks after it launched a whirlwind operation to crack down hundreds of businesses.

Defaulters must submit a payment plan otherwise the tax-man will auction their properties.

Business owners had earlier been asked to present payment plans but most failed.

Richard Tusabe, the Commissioner General of RRA told media on Thursday that efforts to recover the money only yielded Rwf 9 billion between December 2014 and June 2015.

The body is pushing to recover Rwf 62 billion from 190 taxpayers. However, despite being more generous, “We are putting much pressure on defaulters, because if we try to be soft, we shall loose out,” Tushabe said.

Despite an increase of 12.4% compared to the previous fiscal year, RRA officials are not satisfied, because the amount is 2.2% lower than the Rwf 888.2 billion that was expected.

RRA has intensified sensitisation on the use of Electronic Billing Machines (EBM) to reduce on non-tax compliance.

“We are discussing with manufacturers to find us the EBM worth $ 50,” Tusabe told KT Press.

However, business owners have been complaining that EBM machines are expensive compared to size and returns of their businesses.

The machines currently cost Rwf 270,000 but the price is expected to decrease to $ 50 during this financial year.

RRA says that non-compliance by taxpayers in using EBM during transactions has been a major impediment for tax collection.

There are only 8,623 taxpayers using electronic billing machines.

Tusabe says that even some with EBM machines are provide understated prices on most of the goods.

“We have launched a campaign to meet taxpayers under VAT from their different workplaces,” says Tusabe.

In this tax education, investors in the mining industry, garage owners and others will be approached separately.

Pascal Ruganintwari, the deputy commissioner general said some businesses will be closed, to push them to comply.

For example a big market in Kicukiro-Kigali was closed last week, until the owner committed to clear over Rwf 2 billion.

Recovery efforts are intended to help RRA achieve the target of collecting Rwf 972.27 billion during the 2015/2016 fiscal year.

This will include Rwf 23.08 billion from local government tax, which is new in RRA because it was a mandate of districts. 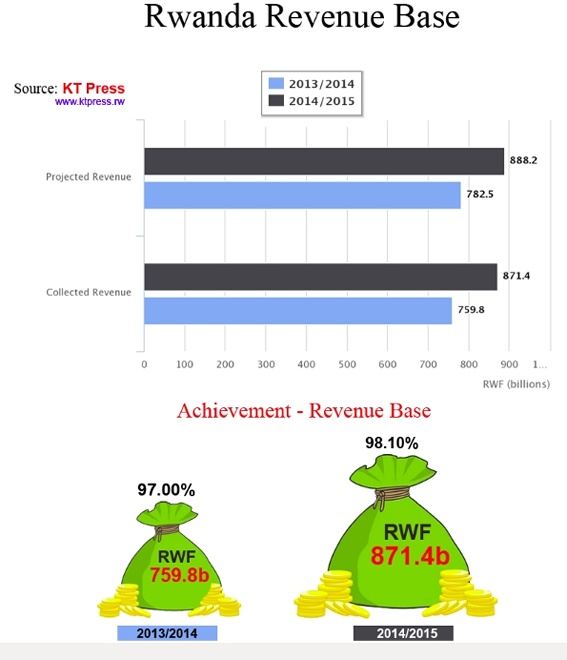