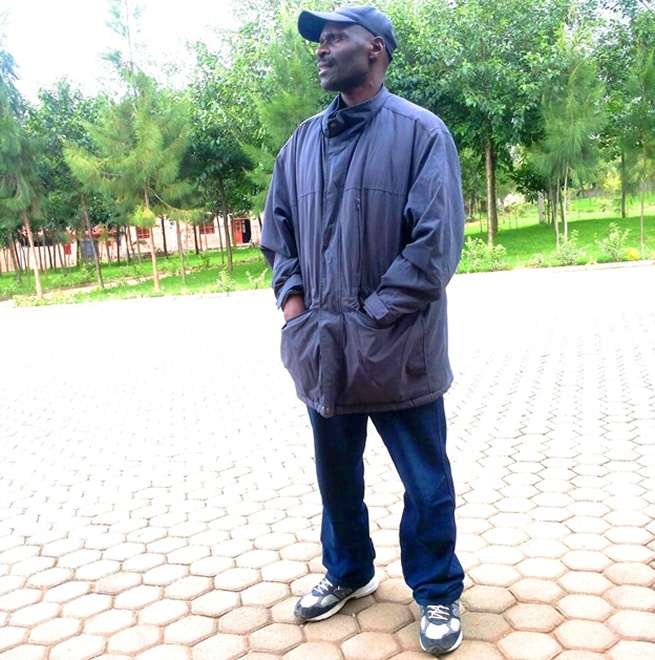 The thick jungles of Democratic Republic of Congo have been home for Gerard Ntibibaza as a member of the notorious Les Forces démocratiques de libération du Rwanda (FDLR-Foka) for two decades.

Ntibibaza rose through the rebel ranks up to the level of a Lieutenant Colonel. His wife, Jacqueline Nyirakamana, is a Sergeant with whom they have three children.

Known by his jungle name Mambo Lorenzo, the rebel fighter was in 2012 appointed the head of administration (G1)of the rebel group whose members are responsible for the execution of the 1994 genocide against Tutsi in Rwanda.

Stationed at Rushire in Walikale region of North Kivu province, Ntibibaza barely visited his family located at Nganga, Masisi, six hours walk away. What FDLR did, is burry itself deep in the province to evade disarmament.

A day came, August 15, 2015, and Ntibibaza requested his superiors for permission to visit his family.

Five days later, he left the military base in Walikale with four escorts.

“We walked six hours to reach Nganga,” he says, meeting his wife who had temporarily left FDLR to look after their three children. The wife had been constantly pestering him come home.

“It wasn’t a normal visit. I had been on several occasions pushed by my wife to come home and discuss serious things with her,” said Ntibibaza. The talk was all about returning to Rwanda.

“She narrated to me how she had been sneaking into Rwanda to spy on the situation back home. She wanted us to go back home,” says Ntibibaza, who left Rwanda in 1994 as a military academy student in Kigeme, Southern Rwanda.

“I started getting the seriousness of the matter. I made sure my escorts were not closer to us every day.”

His leave lasted for two weeks as Ntibibaza and his wife deeply discussed the escape. He had also been receiving information from comrades who had already disserted and headed back to Rwanda.

KT Press had to agree not to identify some of people involved in the meticulously planned escape of the rebel commander to protect them from reprisal. Some are still within the rebel ranks, others in Rwanda.

Meanwhile, Lt.Col. Ntibibaza had overtime lost the appetite for staying in the jungles with FDLR.

The day came and he sent his escorts back to Walikale. “I instructed them to go and prepare a safe area where I would stay with my family,” he told KT Press.

Ntibibaza immediately planned how to walk towards Rwanda as soon as possible. 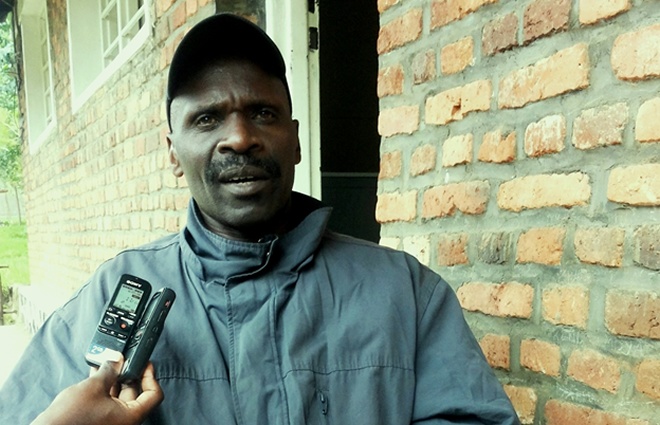 On September18 – almost a month after he left his combat base at Walikale, Lt.Col. Ntibibaza woke up early morning with his wife and children and walked to meet a ‘contact person’ who would lead them towards a United Nations Organization Stabilization Mission (MONUSCO) base at Nyanzare, in Masisi.

“We walked for four hours through the bush. We didn’t want to be noticed by anyone,” he narrates but this time declined to mention the ‘contact person’.

They hired two Congolese men to ride their children on bicycles as they followed on foot through thick forests.

“We made sure kids were safe. We packed some food for them to eat. I requested the riders to stop every hour for the kids to have something to eat,” he says.

Fortunately, Ntibibaza and his wife met several people along the way; “But these were ordinary Congolese who paid no attention to us since none of us was armed or dressed in military uniform. We looked like them,” he told KT Press.

When they were about to arrive, they met two former FDLR rebels. They noticed him.

“We had a brief chat. They were eager to know where I was headed to with my wife – I said ‘am on routine movement’,” he said. They continued walking.

Meanwhile, after some time the ‘contact person’ received a call informing him that the FDLR superiors had learnt about Ntibibaza’s escape.

“Lucky enough, we were closer to Monusco base. My children had already arrived there. We sped up and arrived there before information circulated,” he says.

The ‘contact person’ had already telephoned Monusco officials who immediately arranged a helicopter to fly him to Goma. Rwandan officials were also waiting for him.

“They were all aware that FDLR commanders had sent soldiers to arrest me,” says Lt.Col. Ntibibaza, who with his family was immediately airlifted to Goma and later handed over to the Rwanda’s Demobilisation and Reintegration Commission offices at Gisenyi sector in Rubavu district, Western Rwanda.

He was immediately taken to Mutobo demobilisation and reintegration camp in Northern Rwanda, together with his family. He was later allowed to take his family to his village of Kabaya sector in Ngororero district, Western province.

The commission provided him with food items and other basic needs to cater for his family and help to settle.

He was given 35kg of maize flour, 10kg of beans, a mattress, plates, saucepans and plastic tents. 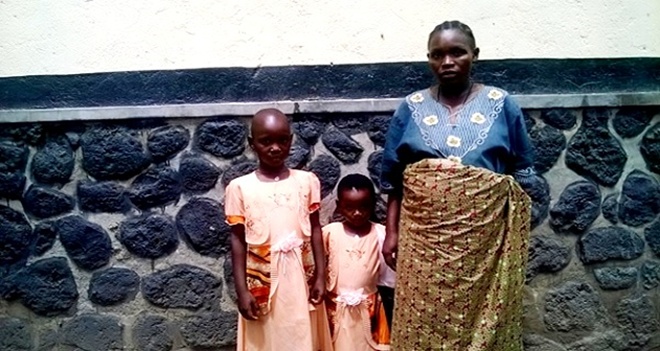 Sergeant Jacqueline Nyirakamana and children on arrival in Rwanda after she managed to convince her husband Lieutenant Colonel Nibabaza to leave DRC.

Who Supplies FDLR with food and guns?

Lt. Col. Ntibibaza can write a book about the past 20 years of bush life. He does not recount. It is a long story. Towards the end of 2000, Ntibibaza was assigned to the Horizon battalion and later to the Mangouste battalion, still as a company commander.

In 2004, he became the auditor of the reserve brigade. From 2008, at rank of Major, he was assigned to GI, dealing with administrative affairs. Four years later, he had risen through the ranks to take on the top job of manning the same office.

Ntibibaza was the person in charge of keeping all confidential data about the numbers of FDLR. All field commanders were required to file with him lists of existing combatants, new recruits and specific details about state of their rank-and-file.

He tells KT Press that by time of his escape, he had names of about 5000 combatants – spread across different regions of the vast Congo.

Some 3000 combatants are stationed in North Kivu province, while 2000 rebels operate in South Kivu – both of which border Rwanda. There are also more specialized units with small numbers operating in Manyema and Katanga Provinces.

Ntibibaza says these are attached directly to elite forces of the Congolese army. Despite being FDLR, some are commanders of the Congolese units. The sole supplier of ammunition for FDLR is the FARDC. But the former director of administration remembers one particular consignment.

“In 1999, DRC government supplied us with a lot of ammunition to fight Rwanda,” Ntibibaza says. The delivery at the time was sanctioned from the highest level of the Kabila government.

When FDLR runs short of arms at any time, there is a ready supply – corrupt FARDC commanders. Guns are distributed without order or particular manner. What matters most is for each to own one. There is no designed structure of command so ensure discipline.

FDLR doesn’t own infrastructure and expects no supplies. “If you fall sick, you are on your own,” says Lt.Col. Ntibibaza adding that those in critical condition are sometimes finished off.

There is no food supply. It’s a survival of the fittest. “Rebels terrorize Congolese villagers into submission, loot their property and require local chiefs to supply their harvest,” said Ntibibaza.

FDLR makes sure its bases are deep in the forests – with some located more 1500km away from any passable road. And its location must be in a thick forest or mountains.

“FARDC for their part cannot set up bases in any location unless it’s near a road or town,” he mockingly tells us.

“There is no life in FDLR,” says the deserted rebel. Now that he is back home, he has two choices, demobilize or be re-integrated into the army, all of which he says are priceless choices.

“It will depend on which assignments I will be given. I might even go back in my village to live an ordinary life,” he says.

If he chooses to be ‘ordinary’, Lt.Col. Ntibibaza will undergo reintegration course at Mutobo camp, same as over 11,000 rebels did. After about three months, he will be given cash incentive of Rwf180, 000 ($240) as stipend for early days of his resettlement. Like many of same status, who are successful businessmen and women around Rwanda, this is just the beginning of an eventful life.

At the Mutobo camp, he is accorded a special treatment. Camp officials call him ‘mon Colonel’. 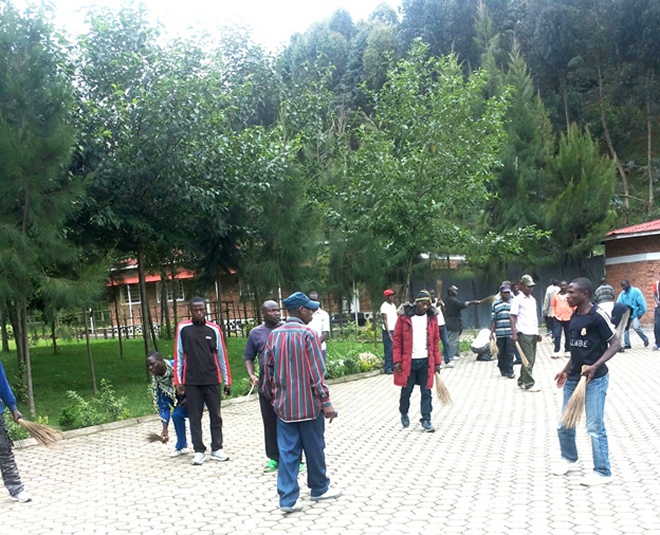