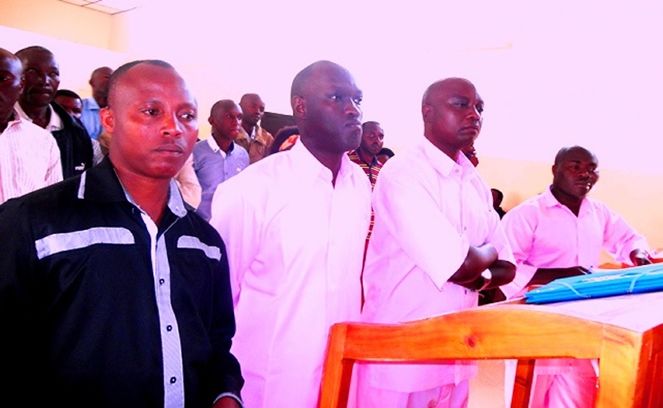 In May 2000, Rwanda decided to decentralize power in order to speed up national development and good governance. In March 2001, the first elections at decentralized levels were conducted. Then in March 2006, each of the thirty districts elected a mayor.

During the induction ceremony, several buoyant mayors stood upright and claimed how they were going to outperform others to coordinate implementation of programs that would uplift millions of Rwandans out of poverty. It went on and on.

Then President Kagame softly interceded and warned how in the Rwandan culture, making such bold commitments (Guhiga) was not a small matter.

Traditionally, once one did so and failed to accomplish, they would be shamed and endured painful embarrassment. Some faced unpleasant outcomes.

Meanwhile, the President engaged the mayors through performance contracts. All the requested facilities and logistics, plus a budget – were provided.

District mayors are elected for a term of five years through an electoral system going from village to district level.

By the time an electoral college is constituted, several hundred delegates turn up at one location to vote from campaigning candidates.

Ten years down the line, only Kangwagye Justus of Rulindo district in the Northern Province and Leandre Karekezi of the remote Gisagara district have survived.

“The beginning was hard and none could expect to be this far. I only managed because I stayed keen to team spirit,” Karekezi told KT Press adding, “Those who failed to work as a team were likely to go.”

Karekezi says only Gisagara district has managed to keep, not only the mayor, but also the district executive secretary and the two vice mayors, including Kayiranga Eugene Muzuka who was transferred to lead neighbouring Huye district.

Too many unnecessary meetings

For Ladislas Ngendahimana, Director of Communication in the Ministry of Local Government, there was also poor coordination in the first five year term.

For example, one ministry would plan a meeting – then invite mayors to attend the following day. “We reached a point where meetings with superiors outnumbered meetings with citizens,” says Karekezi.

Performance on service delivery suffered. But that’s not all. Some mayors were incompetent. They failed to coordinate their teams. Others mismanaged public resources and were forced to resign.

Bonane Nyangezi, former mayor of Gicumbi district resigned in 2012. “Under him, the district was running bankrupt, which is quite strange,” says Ngendahimana.

The district had huge debts to clear, yet there were no supporting documents on how they were accumulated.

In Nyabihu district, the entire district council was disbanded by a Presidential in 2008, and the Nyanza district entire executive committee was forced to resign. Some were either fired or arrested.

By 2008, Ngendahimana from local government says, about 48% of the senior district leaders had left their positions.

During the second term of 2011-2015, several mayors were awash with cases of malpractices, but the local government ministry believes the mayors performed better compared to previous years.

In Rubavu district, the entire executive committee was fired, for having sold a district owned multi-million modern market infrastructure and initiated the transfer of the land prior to payment is made by the buyer.

Francois Niyotwagira, Ngoma district mayor was forced to resign after purchasing the land designated to resettle and which was given to Rwandans evicted from Tanzania in social protection scheme.

Rwamagana, Gasabo and Gatsibo mayors failure to deliver to the expectations, while in Rusizi, Karongi and Nyamasheke, mayors resigned and arrested after failing to account for funds meant for community health insurance; mutuelle de santé.

However, conditions have changed. Under this second term, the local government ministry says “cases involved individuals, not entire committee as it was the case in the previous term.” Also, today, no minister instructs a mayor before consulting the minister of local government.

The number of meetings to attend also reduced because they have to be validated by the ministry. Other meetings are conducted via teleconferencing.

Benefits have also been raised. Mayors are fairly paid with a net salary of Rwf 1.6 million including a lengthy list of benefits similar a permanent secretary in a ministry.“We are not complaining,” says mayor Karekezi.

Meanwhile, many say mayors deserve credit for the success the country has recorded. “The performance, imihigo’ is the biggest achievements that can be attributed to mayors,” says Placide Uwimana, from Huye district.

The mayors can now manage their structures, with effective communication. “It is clear mayors are the icon of Rwanda’s decentralization success,” says Ignace Musangamfura, a banker from Kigali. Musangamfura says that involving locals in decisions yields better results.

Residents of Niboye for example raised funds and built a road in their neighbourhood, supporting the mayor’s promises in the performance contract.

“Mayors have all the credits that go to President Kagame because they are his right hand. They help him promote good governance,” says Edouard Munyamariza, the chairman of civil society platform.

As he completes his second mandate in December, Karekezi says, “I am still young. I will keep serving my country in different capacities.”