Where Do Abused Children Report Cases? 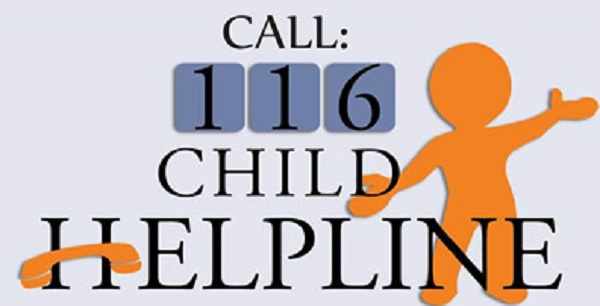 There is a growing number of children faced with injustice, domestic threats, violence, and have no where to report, it has emerged.

It has emerged that when in need of help, children are left with no place to report or seek immediate help from, particularly when the problem is domestic.

Transparency International Rwanda (TIR) says over the last two years, due to information provided through a toll free line, mostly by strangers, it has been able to cancel the execution of 17 judgments unfairly passed by some courts of law.

TIR also says these are the only reported cases; the number of victims could be bigger.

The matter has become a national concern, prompting several institutions, from both the government and the civil society, to take immediate measures.

As a result of a grueling debate over the seriousness of the matter, on September 30, in Kigali, it was agreed a helpline be established and will used to prevent or denounce crimes including crimes against children’s rights.

Benilde Uwababyeyi, a director at the National Commission for Children, says the helpline is very necessary, and those involved should study the its implementation as soon as possible.

Once established, it will become a window for rapid alert and response in case of criminal cases against children, such as rape and defilement.

What is a Helpline?

A Child Helpline is a contact center for children  that uses all possible communication means (phone calls, text messages, e-mails and other means of communication from children).

A country can have one or more contact centres, depending on the size and the spread of the population.

Emanuel Safari is the Executive Secretary of CLADHO, a local NGO behind the idea, financed by PLAN International Rwanda, a British Charity Fund.

He says the telecommunication and outreach service will be a facility working on behalf of children to provide direct services, including, but not limited to;  counseling, referral and active listening.

“Children must communicate themselves their concerns without intermediaries,” he says.

Safari insists that its time Rwanda had such a facility. “When a child is in danger or in an emergency situation, a Child Helpline has the obligation to intervene directly by appointing a team member who can go out, meet the child and help the child to safety when needed.”

Existing child protection services then have the responsibility to follow up and attend to the specific needs of the child.

More services will be listed as a matter of urgency and priority.

In practice, Safari says, “a toll free line should be set up with normally 3 digits.

Internationally the International Telecommunication Union has reserved the line 116 for child helpline services.

However, according to Safari, “each country may provide another line in the case the 116 line would be attributed to another service provider.”

Currently, 32 countries have set up such a line, including Uganda just recently.

To function effectively, a Child Helpline works under the supervision of two main structures.

The Child Helpline is operated by multidisciplinary personnel from different agencies within the child protection system such as the police.

The second part is a coordinating team with various activities in different contact centres. Its primary role is to ensure effective networking, such as documentation inputs and trainings.

“All these mechanisms prevent data manipulation of an investigation because the original source of information is automatically stored,” says Safari.

Police says such cases are common and usually go unreported because because parents and guardians feel ashamed or because they know the attacker as a family friend or relative.

With the Child Helpline, even children will be able to report cases by themselves.