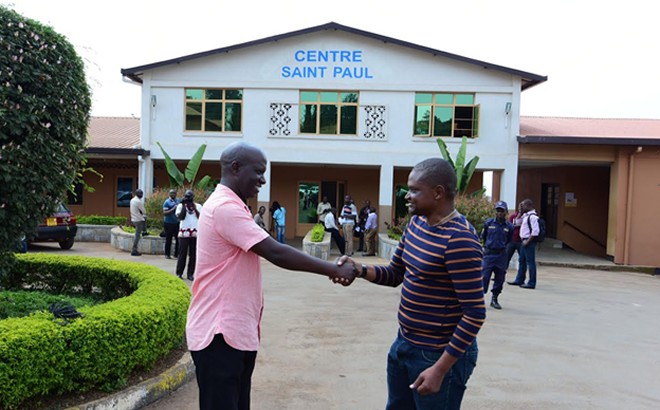 Gilbert Masengo survived the 1994 genocide against Tutsi in Rwanda. When the killings started on April 7, he fled from his parents home and sought refuge at Saint Paul church just a kilometer away.

When the news spread that the plane carrying president Juvenal Habyarimana had been shot down on April 7, Masengo panicked after interahamwe murdered 20 girls at nearby JOC, a hostel in the compound of Saint Famille Roman Catholic church, Kigali.

Three days later, Interahamwe started bringing bodies of Tutsi from all over the city, to throw them in four mass graves nearby Masengo’s home.

By the time of Genocide, Masengo was aged 22, his family lived at Rugenge cell in Kigali city. He was then a member of the opposition Liberal Party which was accused of collaborating with Rwanda Patriotic Front (RPF) Inkotanyi rebels.

He started hiding around home until April 13 when he realized he would be soon discovered. He walked to Saint Paul, a training center owned by Sainte Famille catholic church. It was a challenging journey.

“Our home is 1km from Saint Paul, but I used eight hours to reach the compound; there were many roadblocks, and I had to be very watchful not to be apprehended,” he told KT Press.

The situation inside Saint Paul

Saint Paul Center was first a safe haven to more than five thousand Tutsi who fell in the hands of Father Celestin Hakizimana, currently bishop of Gikongoro Roman Catholic Diocese.

“He opened all the stores containing food supplies that were destined to trainees for us to eat and drink. He fed more than 5000 people for more than a month,” Masengo said in a testimony on Friday.

Masengo remembers that all hostel facilities like; bathrooms, water and other necessities were given to them.

But father Hakizimana could not guarantee security for Tutsi in front of Interahamwe who had sworn to leave no Tutsi alive.

Colonel Tharcisse Renzaho the Prefect of Kigali City, in collaboration with Angeline Mukandutiye inspector of education in Nyarugenge Commune came with a list of Tutsi to be killed.

Since April 14, 1994 Interahamwe and government soldiers came with this list and picked Tutsi to kill after torturing them.

Masengo remembers that Mukandutiye  was their neighbour and an Interahamwe trainer during the genocide.

He says Odette Nyirabegenzi, then conseiller of Muhima sector and most importantly, Father Wenceslas Munyeshayaka of Saint Famille were also instrumental at organising killings.

As the killings continued, the RPA rebels already in vicinity at Gisozi hill outside Kigali were planning rescue operations.

In a daring rescue operation on June16, few RPA soldiers of the Bravo Battalion, left Gisozi at 8pm and arrived at Saint Paul church at 3am.

When RPA soldiers arrived at Saint Paul church, the first person to come out of hiding was Gerard Masengo. He guided the RPA soldiers showing them where several people were hiding and about 2000 Tutsi were liberated.

The operation started at 1am and ended at 4am because it was not easy as people were in separate rooms and feared to open.

People wounded during the rescue operation were taken to Byumba and others to Kabuga. All this had to be done before the break of dawn.

At Sainte Famille Parish, the rescue operation failed because people hiding inside refused to open thinking their rescuers were Interahamwe.

As fate would have it, the following morning, Interahamwe militia led by Prefect of Kigali killed more than 100 people hiding at Sainte Famille Parish in retaliation against the Saint Paul church operation. It’s on this day that the Chief Editor of Rwanda Rushya tabloid, Andre Kameya was killed denounced by Father Wenscelas Munyeshyaka. 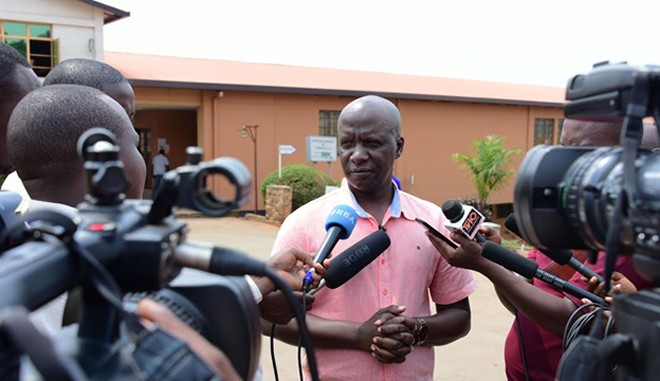 As killings at Saint Paul escalated, an unidentified person escaped and he surprisingly fell into the RPF Inkotanyi controlled area and met Major Jacob Tumwine who was a commanding officer in Bravo battalion (now a retired Colonel.)

“He told me Interahamwe are fiercely slaughtering Tutsi in Saint Paul, and without delay, we started preparing a difficult but crucial rescue,” he told KT Press.

“It was a risky decision; government soldiers had surrounded us with heavy tanks; one at Kigali main round-about, another at Kabuga building and several others in Kacyiru and Kimihurura respectively.”

Tumwine recalls that the government had deployed elite fighters, to curb any maneuver by the RPF rebels.

“Patriotism was at play; we were left with no option but to give our lives for the rescue of innocent civilians,” he said.

Tumwine and his fellow commander decided to divide the fighters into two; one part came to face the government soldiers, while another sneaked inside the neighborhood until they reached Sainte Famille at 3am on June 16, 1994.

Once at Sainte Famille, Interahamwe militia had closed the Tutsi inside the church, ready to exterminate them.

“We tried all prudent means to get inside; the victims that were inside couldn’t believe we were saviours. For about two hours we tried all means in vain,” said Tumwine.

Forcing the doors to get inside, said Tumwine, was risky because Interahamwe inside the church could sabotage rescue effort.

Tumwine said, towards 3am, they decided to proceed to the Saint Paul, which is in the very compound of Saint Famille.

Luckily, the Tutsi at Saint Paul accepted to open for RPF rebels. Over 2000 Tutsi in Saint Paul, including Masengo walked through a small street in Kiyovu cy’Abakene, reached Kinamba and crossed to Gisozi escorted by RPF fighters before sunrise.

“June 17 is a day where we felt we were in heaven; being in the hands of RPF was for us the joy one would ever expect,” said Masengo.

The day after the rescue, government soldiers came to Saint Paul on invitation by Kantano who told them to “revenge because Inkotanyi had taken their fellow inyenzi.”

They killed 20 Tutsi  that had remained at Saint Paul.

Sainte Famille church in which more than 200 Tutsi were killed

Meanwhile, on June 17, 1994 will also be memorable. On this date, France announced plans to deploy troops to Rwanda as an interim peacekeeping force. UN Secretary-General Boutros Boutros-Ghali and the US Government supported the plan.

French Foreign Minister, Alain Jupe said that between 1000 and 2000 French troops would be sent to Rwanda. France asked other Western and African countries to contribute troops to accompany the French contingent.

France did not do much to protect civilians, if not aiding genocidal government to cross to former Zaire since June 18.

Among those responsible for the killings at Saint Paul and Saint Famille was Col. Tharcisse Renzaho arrested later in 2002 in DR Congo and transferred to ICTR.

The tribunal convicted the former city mayor for aiding the Genocide and abetting killings of Tutsi at roadblocks in Kigali and at several other gatherings and hideouts.

Gervais Dusabemungu, who served as an officer in charge of social affairs and enforcement of rulings in the Nyarugenge urban commune from December 1988 until 1992 when he was dismissed by Renzaho, told KT Press that indeed the colonel deserved his sentence.

During the Genocide, Dusabemungu who was in hiding, heard communication from the mayor, calling on people with trucks to bring them to help remove the ‘trash’ (Tutsi bodies scattered in neighbourhoods) and asking people “working” (killing Tutsi) to make sure they do not expose their “work” on the roadside.

Munyeshyaka was pursued by the French courts but in October 2015 his case was not continued. The courts decried “poor quality of evidences.” Munyeshyaka is still a serving priest in France. 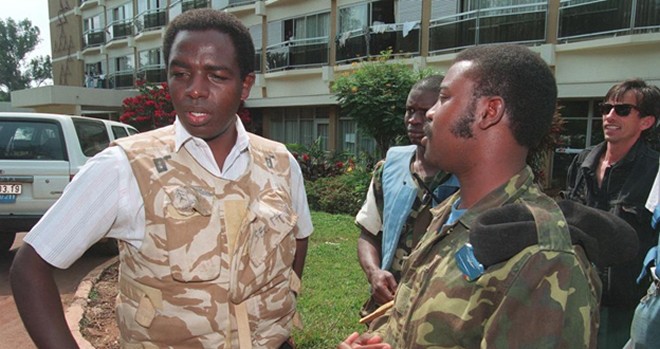