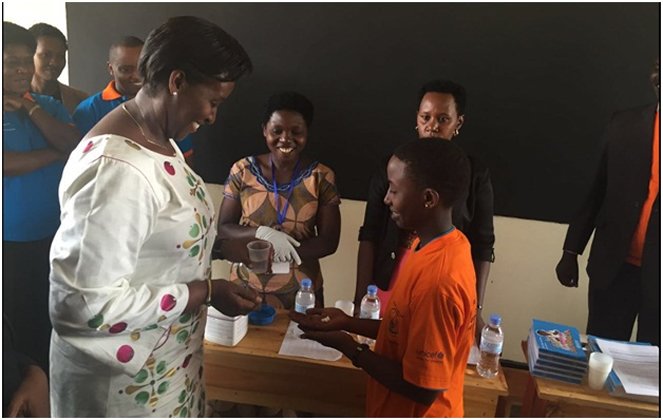 More than 24,092children that had dropped out of school in Rwanda’s eastern province have been located and taken back to resume studies in the second term.

The campaign coincides with celebration of the African child’s day that also aims at raising awareness of the continuing need for improvement of the education provided to African children.

On Saturday morning, the First Lady Jeannette Kagame travelled to Nyagatare district in Eastern province to join thousands of youth and elders at the African child’s day anniversary.

“I’m delighted to join you in celebrating the African child day. It’s a day for fighting against child labour,” she said adding that in Rwandan culture, from the time children are born they are of high value. “The child is king,” the First Lady said.

Meanwhile, Lamin Manneh the UN Resident Coordinator says that UN-Rwanda is working with different institutions in the country to address the persisting issue of child labour.

“Let’s ensure every child is protected and allowed to grow in a conducive family environment,” he said.

The African Child’s day celebrations in Nyagatare district have been held under the theme “quality education is stable foundation for a bright future of child”.

Jeannette Kagame travelled to the Eastern province to raise awareness on the protection all Rwandan children deserve.

While in Nyagatare district, The First lady gave children de-worming tablets  which ensure that all Rwandan children are protected from worms.

Nurturing children is the duty of parents, society elders and the country at large.

The Governor of Eastern province Odette Uwamariya has denounced parents and educators who leave children to live on streets.

First Lady noted that about 693 children were removed from streets and 578 children were returned to their homes, “Now let’s fill the gaps and get children of streets, eradicate school drop-out and malnutrition.”

She said the country would rather face challenges of overcrowding in schools than having school dropouts. 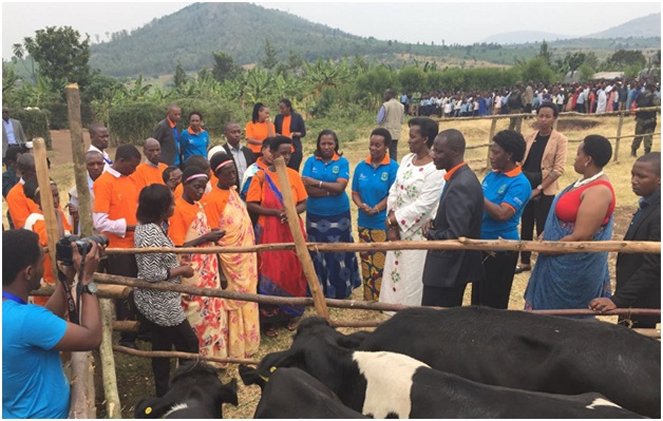 The First Lady shown cattle given to three families