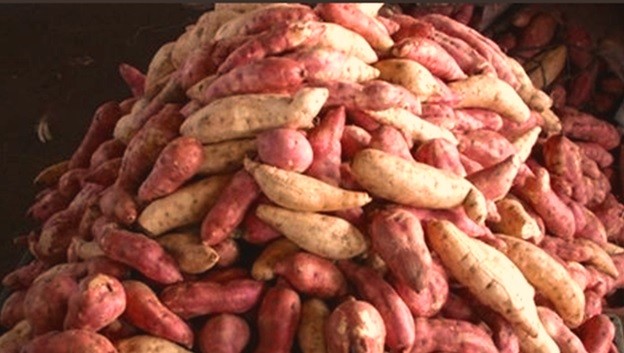 Rwanda has partnered with the International Potato center that will help in research aimed at improving nutrients in local sweet potato variety.

Sweet potatoes are widely grown and consumed across Rwanda. However, scientists from the international potato center advise nutrients such as vitamin A, iron and zinc should be added to these potatoes.

Adiel Mbabu-regional coordinator for the UN supported International Potato Centre in Sub-Saharan Africa, said his organization is committed to help Rwanda and the entire continent improve nutritional conditions of the people.

“The potato in Rwanda has been a big attraction because of its income potential but we are trying to bio fortify it just like the orange fleshed sweet potato to bring in iron and zinc because we think such a popular cash-generating product fortified with vitamins would be a big addition.

We are working with Rwanda government to make that happen here to expand the scoop for potato workers as well.”

He said the centre is committed to good science that translates into improved livelihoods of human beings.

Rwanda Agriculture Board and the private sector have been closely working with the center to make sure that the orange fleshed sweet potato is just not held by those who grow only.

“We know that there are people who may not be farmers but want to access it. We have been working on that value chain, working with scientists to get the varieties out,” Mbabu said.

The center is currently working with the Ministry of health and other institutions to make sure that there is a good understanding of the potential for this. I think this kind of value chain we are working in Rwanda is a good example that should be applied in other countries,” he told KT Press.

Vitamin A deficiency in Africa is still a big challenge. Mbabu says “This condition is very harmful to wellbeing of people. If you are exposed to vitamin A deficiency at very early stages, you become handicapped in many ways…your brain and the capacity to live are hampered.”

Mbabu told KT Press; “We are also interested in Irish potato that is very important to the population especially in Rwanda where they make quite some significant income from it. We are trying to get nutritional value into it and working on it with research organisations here.” 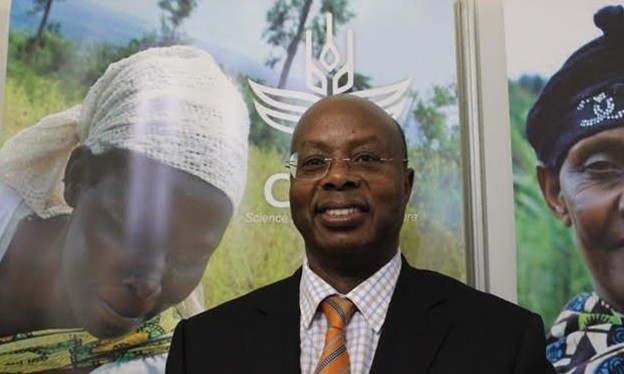 According to Kirimi Sindi, country manager for International Potato Centre in Rwanda that oversees a 5-year project dubbed ‘Sweet potato through Agriculture and Nutrition (SUSTAIN), his office is currently working at making bio-fortified Orange Fleshed Sweet potato (OFSP) universal in the Rwandan diet.

Financed by the UK Department for International Development, the project aims to scale up the nutrition benefits of bio-fortified orange-fleshed sweet potato (OFSP), with a goal to reach 1.2 million households with under-5 year old children in Rwanda, Kenya, Malawi and Mozambique.

Dr. Jean-Jacques Mbonigaba Muhinda, a researcher and former Director General of Rwanda Agriculture Board, says the better use of sweet potatoes could improve nutrition as well as farmers’ livelihoods.

The UN-backed centre seeks to achieve food security, increased well-being, and gender equity for poor people in the developing world, through research in bio fortified crops around the world.

On June 13th, African Agriculture experts convened in Rwanda’s capital Kigali, to discuss ways on how to invest in Agriculture to ensure that the continent move forward from subsistence farming practices to agribusiness.

At the Africa Agriculture Science Week, Researchers in Agribusiness agreed that for Africa to cut down unemployment rates especially among the youths who make up 60% of the continent’s population, investments in the sector is the way to go.

Meanwhile, Rwanda has been investing in the sector.

Through partnership with Africa Improved Foods Ltd (AIF) – a consortium of Royal DSM, FMO, DIAF and IFC, the country wants to improve the nutritional status of its population and help address malnutrition by manufacturing enhanced nutritional foods for vulnerable groups including the rural poor in Rwanda and the East Africa region.

By 2017, the project aims at reaching over 1 million people annually with effective nutrition interventions.

I Miss Home But Didn’t Choose to Be a Refugee