I Miss Home But Didn’t Choose to Be a Refugee 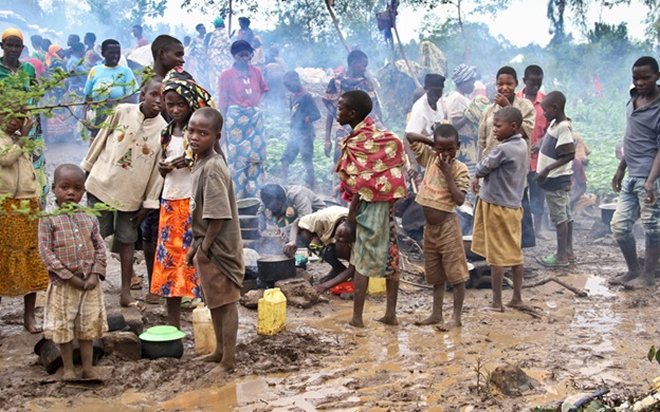 Sandrine Kanuma was born in Kamango district in East of the Democratic Republic of Congo.

Life was good as Kanuma was growing up in a family of four, going to school and had very many friends in her village.

However, she remembers the political situation in Congo began getting ugly and violence gradually became a daily occurrence. People solved personal disputes through killing and gunshots became normal ‘music’.

“When we went to school, we would not know if we would come back safely. Sometimes we would hear bullets every day. You just had to pray hard so you can make it to the next day,” She added.

As fate would have it, Kanuma’s father died in a car accident. Bandits began targeting her family for money and this was the time her family started planning to leave to a safer place.

In August 2013, her family managed to board a van  and crossed to Uganda and eventually settled at a refugee camp of Bubukwanga. They lived in a two roomed mud-brick hut. Sandrine who is the first born was just 19 years.

For an ambitious teenager, Sandrine’s life suddenly looked miserable. She says life in the camp was boring and isolated especially for a young person. There were no Job or educational opportunities or any activities to keep them busy, many young people turned to drugs. Few saw a future outside of the camp.

The camp only had a primary school but Sandrine wanted to study in a college.

“Some people, because they have been there for their whole life, they didn’t have anything else to do,” Sandrine explained. “They just stayed there.”

Sandrine was lucky she excelled in primary school exams and was sponsored to further her education at a boarding school in a nearby city.

However, after class , she would plait hair in the neighbourhood to earn money for helping her family.

“My mother was a hairdresser back in the days, so I acquired some skills from her which helped us survive that time,” she smiled.

When she was 21, after her form two in college, her family request was accepted to be resettled. They were transferred to Kampala the capital of Uganda.

“I was waiting my whole life,” she said, the moment we found out we could leave the camp and have a chance to live in the stability we had longed for.

“Now life seemed easier,” Sandrine said. “We lived in a home and everyone was happy with no more music.”

Sandrine continued her work as a hairdresser in Kampala. She worked from morning until mid-night to help her mother. 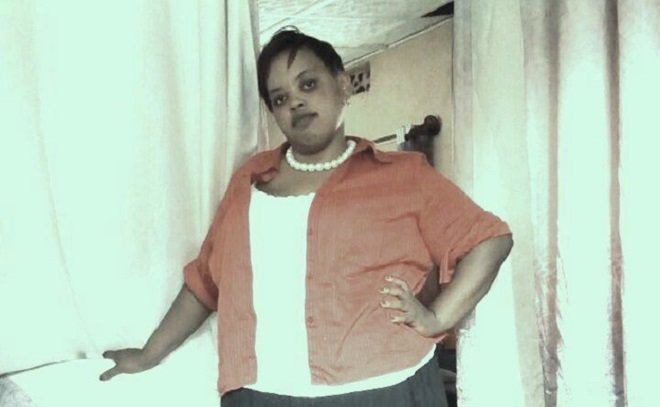 Sandrine Kanuma fled from political violence in DRCongo. She currently works as a hairdresser at Smart saloon in Kigali

At the saloon, Sandrine always heard people talking about Rwanda and how it was a beautiful country. She was very interested in taking a chance on Rwanda because her father was a Rwandan.

She decided to leave Uganda secretly.

“I heard that Rwanda was a safe country. However I also call it home because it’s where my father’s origin is although I have no idea about his family,” She said.

In February 2015, she bordered a Jaguar bus to Kigali. She remembers the first impression of Rwanda saying, “I was amazed by everything since then I decided to stay.”

She knew no one and no place but she believed she would survive or meet a kind person to help her.

Two days after her arrival, she walked into a ‘Smart saloon’ located down town in Nyabugogo seeking for a job. Lucky enough, she got herself one where she currently works.

“The hair dressing skills continued to help me survive,” she said with a big smile. Today, Sandrine earns 70,000Rwf per month and more depending on the number of clients received.

Mama Monica, the owner of the saloon told KT Press that Sandrine is a courageous lady who is determined. “She knows what life is, she is never lazy and I like that about her.”

“I am not somebody who is driven by the past. I tried to overcome the past by creating a new hope,” she said. “Now here I am. I started life and I can see a future now.”

Sandrine told KT Press that she is happy and believes one day will meet her paternal relatives who live in Rwanda.

On this anniversary of the World Refugee Day celebrated under the theme “Refugees are people like anyone else, like you and me”, Sandrine encourages people to treat well refugees because they never chose to be refugees either.

According to her, refugees shouldn’t isolate themselves after ‘all the sun will always shine,’ She said.

Rwanda  hosts about 160,000 refugees mainly from the Democratic Republic of Congo and Burundi with a little number of refugees with other nationalities.

The United Nations High Commissioner for Refugees (UNHCR) indicates there are over 65 million people who are forced to flee their homes due to war or human rights abuses.

According to Rwanda’s Ministry of Disaster Management and Refugee Affairs, the World Refugee Day is an occasion to mark the considerable efforts invested by the Government of Rwanda in repatriation and reintegration of Rwandan refugees, as over 3.4 million of Rwanda refugees have voluntarily returned since 1994.