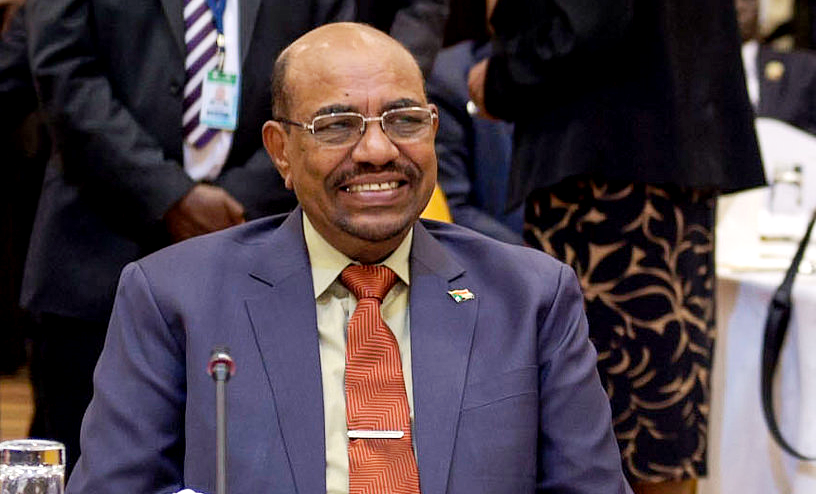 The Sudanese government is going to be recipient of a multi million dollar funding scheme provided by the European Union in complete disregard of the public condemnation of President el-Bashir.

The EU wants Sudanese government to help it stem the exploding tide of African migrants pouring into Europe.

Sudan is considered one of the major frontline countries where the migrants are passing – headed to EU shores. Eritrea is also in the deal.

News about the Sudan and Eritrea deals have prompted accusations of double standards and double speech being raised by campaign groups against the EU.

On one hand, the EU is quick to publicly lambast President Bashir over a contested indictment by the International Criminal Court, but privately seek his help.

Sudan will get cameras, scanners and servers for registering refugees, in addition to training its border police and assisting with the construction of two camps with detention rooms for migrants.

President Bashir is subject of widespread media attack and ridicule by Non-Governmental Organizations (NGOs) in Europe and North America. The ICC indicted him over the conflict in Darfur, but African countries have fought back hard by ignoring the indictment.

Like various other countries, President Bashir was in Rwanda this week for the African Union summit. The AU is pushing for mass withdrawal from the ICC by African signatories.

“We view it (ICC) as a court that represents the third of the world population, where we have USA, Russia, China and other world largest democracies,” said Joseph Chilengi, the President of the Economic, Social and Cultural Council (ECOSOCC) during AU summit in Kigali.

ECOSOCC is an advisory organ to the AU, composed with civil society organizations. Rwanda is not a member and foreign minister Louise Mushikiwabo made it clear before President Bashir arrived in Kigali that the ICC cases are business of its members.

President Bashir would be a guest of the Government of Rwanda which would grant him full state welcome, said Mushikiwabo.

Uganda, Djibouti and South Africa are embroiled in legal battles internally and outside from proponents of the court.

Kenya’s President Uhuru Kenyatta and Deputy President William Ruto were acquitted of all charges by the ICC over the 2008 post election violence.