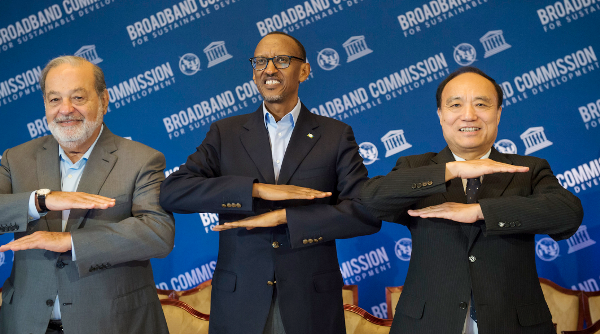 President Paul Kagame is expected to defend a new trade agreement that will see more Rwandan products exported to the United States without taxes – as he undertakes a week-long trip in the U.S.

Kagame and other African counterparts gathered in New York for the 71st UN General Assembly that kicks off today, will tomorrow hold the US-Africa Business Forum.

The forum is organized by the US Department of Commerce and Bloomberg. President Barack Obama is expected at the Forum.

The forum comes after completion of the Generalized System of Preferences (GSP) Annual Product Review. Under this review of June 2016, President Obama added 27 travel and luggage goods from developing countries on the list of products that receive duty-free treatment in US.

Benefiting are countries that trade with USA under African Growth and Opportunity Act (AGOA), a United States Trade Act.

Rwanda is part of AGOA. The country exports to the USA products ranging from horticulture, minerals, agro processed and other food exports.

Statistics from Rwanda’s ministry of Trade show that largest export to the US market was coffee with over 23 million in exports, minerals $ 17.8 million, pyrethrum 2.1 million and a range of smaller value exports in 2015.

Rwanda has also put pen to paper on a controversial free trade deal with the European Union – called the Economic Partnership Agreements (EPA).  Of the EAC nations, Kenya moved with Rwanda. Tanzania has remained adamant.

There will be an audience of students including lecturers, university staff. The organisers say there will be a wide array of people in the audience – attracted by Kagame’s leadership achievements especially in peace restoration, unity and reconciliation, good governance, promotion of human rights, and women’s empowerment.

On his schedule for Tuesday, will be the official opening of the UN General Assembly which is attended by all leaders.

Also on Kagame’s agenda in New York this week is the East Africa Regional Integration Round-table hosted by US Secretary of Commerce, Penny Pritzker. The event takes place on Wednesday September 21.

Visiting Rwanda in January this year, Pritzker met President Kagame. She said the U.S. considers Rwanda a strategic ally in the quest to reinforce trade partnership with Africa.

On Thursday, President Kagame will deliver his address to the UN General Assembly.

Kagame Tweeted on Sunday that he was looking forward to a “busy week”.

“Developing countries have to work harder and smarter to catch up and take advantage of this next phase of the digital revolution,” said Kagame at the session.

“Broadband can’t solve all the world’s problems but it can accelerate progress in overcoming obstacles to global prosperity.”

On Monday, there was a session on the Sustainable Development Goals. Rwanda has been named as host of the African Center for SDGs.

Other Members of SDG Center Board who attended the meeting included Presidents Patrice Talon of Benin, Philippe Nyusi of Mozambique, and Jeffrey David Sachs, an American economist and director of The Earth Institute at Columbia University and Nigerian billionaire Aliko Dangote.

Rwanda is ahead of many countries, including the USA in advancing the UN Women HeForShe campaign. Up to 150,000 Rwandans have signed on the campaign – the United States, coming in at second place with 40,000 signature less.

Meanwhile, on Saturday, President Kagame will climax the long week with a cultural event organized by the Rwandan diaspora in North America. Hundreds are already descending on San Francisco for the day.

RDB, University of Rwanda and more Implicated in Fraud