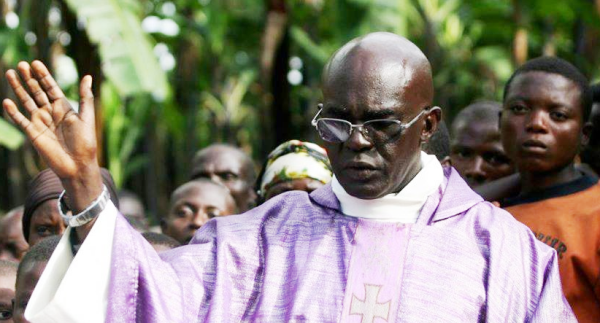 There is silent tension and rebellion growing. The Catholic church in Rwanda is not happy with controversial priest-Fr. Ubald Rugirangoga who continues to attract bigger crowds seeking his healing prayers.

Tales of the crippled rising up and walking, the sick healing and more miracles performed have made Fr. Ubald crusades a not-to miss opportunity. Many people travel from distant districts to seek his healing prayer.

Father Ubald is based in Cyangugu Diocese; however, he usually celebrates mass in other different parishes whenever invited.

This sudden rise to fame with a massive following has placed Fr. Ubald in a complicated situation with Bishop Smaragde Mbonyintege of Kabgayi Diocese.

Speaking to KT Press, Fr. Ubald said he once received an invitation from nuns in Kabgayi Diocese but later they told him that Bishop Mbonyintege refused them to host him.

“I was invited by nuns in Kabgayi Diocese to conduct a retreat prayer, later they told me that their Bishop had canceled the request due to reasons I was not  interested in finding out,’ He said.

However, Fr. Ubald predicts tough times ahead in his evangelical journey, “I have been prepared for such situations where some people won’t like what I do, but that doesn’t bother me because I am here for God’s purpose.”

The controversial priest is not threatened by Bishop Mbonyintege’s decision of blocking him from conducting crusades in Kabgayi Diocese.

“What matters is that I have no issue with Christians; I know his time will come and he will understand how God’s graces work,” Fr. Ubald said.

He refers himself to a person who has a lot of things to do than explaining to people how God’s grace works. “Their time will come and they will know,” He insisted.

In an exclusive interview with KTPress, Bishop Smaragde denied having taken any decision to block Father Ubald from holding any crusades in Kabgayi Diocese.

“There is no single reason that would make me ban Father Ubald from accessing Kabgayi Diocese. “No, I don’t know about that. It sounds new in my ears,” He said.

A source within the Catholic Church told KTPress that the controversial priest is considered as deviating from the defined ideology of the church institution.

“He seems to be seen more as a political icon because of his preaching’s on forgiveness and reconciliation,” the source preferring anonymity said, adding that the Vatican has sent letters cautioning Father Ubald and other priests of his kind. 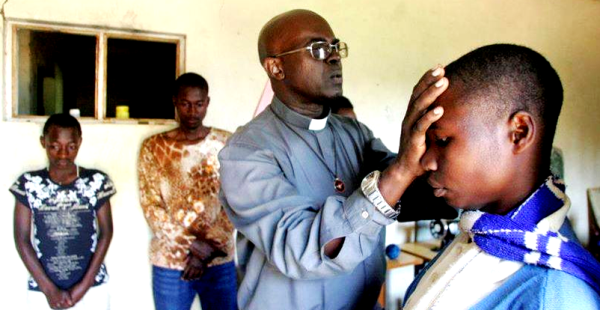 How can anyone ban a man of God who preaches Healing and Forgiveness. Father Ubald is what saints are made of. I may not live to see it however, I myself believe someday he will be declared a living saint. God bless him and his work as he continues to unite the world. His love and forgiveness is far beyond the mortal mind.