Kigali’s 3000 Low Income Earners to Get Houses this year 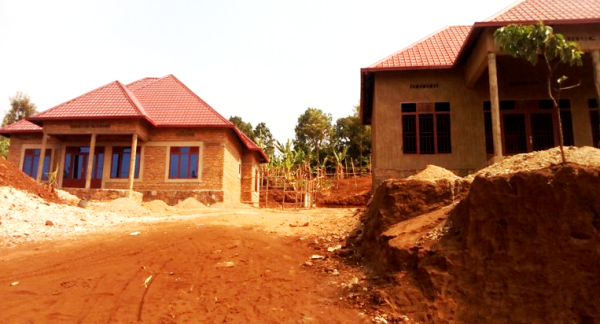 Some of the new houses under construction in Jabana Sector

The houses which will be ready by end of this year, are being constructed in four city suburbs including; Kabuye, Ngiryi,Cyerere, and Kinyinya.

According to city officials, the new houses cost Rwf 5 million to Rwf 22 million. They are mostly targeting residents with a monthly income bracket of Rwf 90,000 up to Rwf 600,000.

The houses of 2-4 bedrooms are built from local but durable construction materials recommended in the Kigali City Master Plan.

Some of the houses are being constructed by private companies while individuals can also build on their own but adhering to required standards.

“Once you have a plot, it is very easy to own a house here, because the city allows us to build at our own pace,” said Gabriel Karenzi  that is building a house in Ngiryi.

To get a house in the three villages, one needs to acquire a plot from the land owners, at a price estimated to Rwf 4million and request Gasabo district One stop center to provide the architectural design of a house that is recommended in the area.

“We are using local but strong materials, which reduces building cost,” says Jean Nsabimana, the proprietor of the company.

According to Kigali city master plan, at least 43,436 social houses and 186,163 affordable houses are required annually by 2022, reflecting 54 per cent housing demand.

In Rwanda, middle class is challenged with housing gap. It includes people with Rwf 50,000 ($73) and 600,000 monthly incomes. Part of this class lives in informal homes which represent 67% of Kigali settlements.

RDF Officer Remanded to 30 Days in Jail over Murder