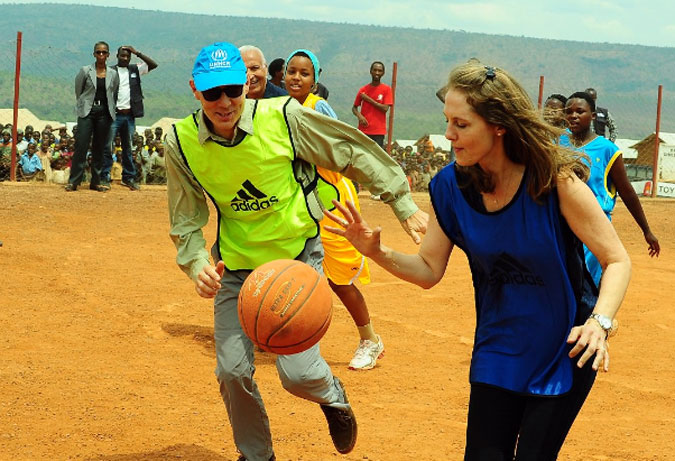 Speaking to journalists yesterday during a tour at the camp which hosts 51,000 refugees in Kirehe district, Eastern Rwanda, Volker Türk denied allegations that the Rwandan government is recruiting Burundians.

“I have no indication that this is taking place,” Volker said.

Volker was at the camp along with Princess Sarah Zeid of Jordan- who is in Rwanda for high level consultations on Refugee and asylum regime.

For Minister Mukantabana, “Even some few refugees who return home respect all legal requirements.”

In February this year, Rwanda had contemplated to shift Burundian refugees after it became clear that the refugees were insecure as Burundi accused Rwanda of using them to fight the Nkurunziza government.

Rwanda hosts 147,000 refugees from Burundi and DRC established in 6 camps across the country.

Volker expressed satisfaction by the humanitarian measures taken to protect refugees in Rwanda.

He said UNHCR’s mandate is to engage all government to maintain safety and protection of refugees.

“We obviously in each and every situation need to ensure that the civilian and humanitarian character is respected. That is a global responsibility for all of us, and we have discussions with governments around the world about this issue.”

Currently, almost 65 million people are displaced around the world, and UNHCR has a task to maintain their safety especially in refugee camps.