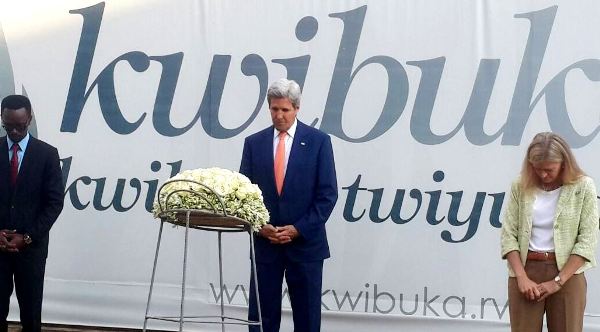 The US secretary of state John Kerry this evening laid a wreath of flowers at Kigali Genocide memorial and bowed down for a minute moment of silence in a tribute to genocide victims.

Kerry was given a guided tour at the memorial and scribbled in the guestbook saying the memorial was “A beautiful final resting place created out of a horrendous tragedy. Thank you for your work in prevention and healing.”

The memorial is a final resting place for 250,000 people buried on this site. During the 1994 genocide against Tutsi, over a million lives were lost.

U.S. Secretary of State Kerry arrived in Rwanda’s Capital Kigali on Thursday for talks on a global pact to cut greenhouse gases-under the Parties to the Montreal Protocol.

“In Kigali for meeting of the Parties to the Montreal Protocol. Need to phase down hydrofluorocarbons HFCs – potent greenhouse gases that drive climate change,” Kerry said Thursday.

Climate change scientists say hydrofluorocarbons have become popular substitutes for ozone depleting substances, but while they are far better for the ozone layer – they are also potent greenhouse gases, which means they contribute to global climate change.

The negotiations in Kigali sought to reach global agreement on an ambitious amendment to the Montreal Protocol to phase down the production and consumption of the hydroflourocarbons. 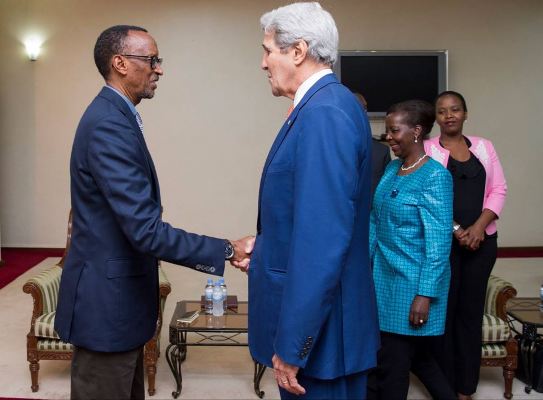 US Secretary of State at Village Urugwiro 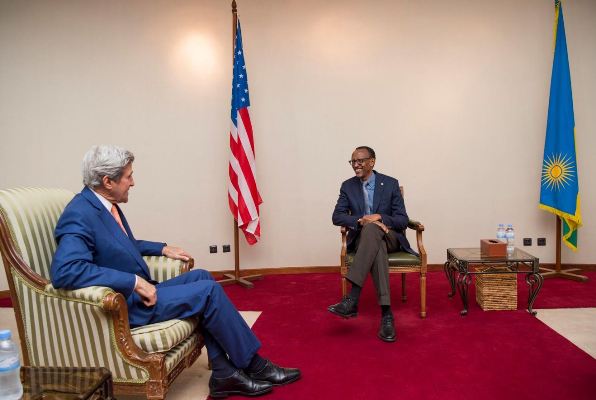 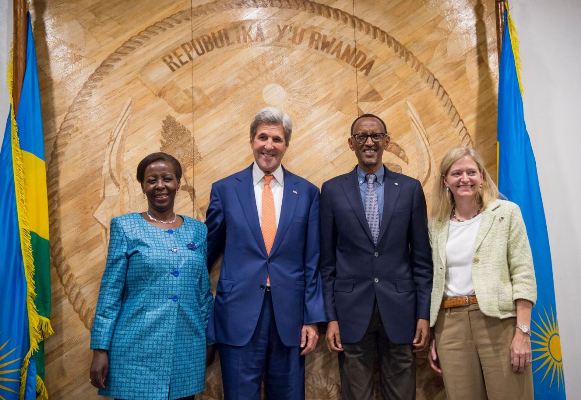 Drones in Rwanda ‘Save Lives, Rather than Killing Machines’