President Paul Kagame this Friday pressed the takeoff button launching the country’s first drone into the skies- it’s a new means of transportation expected to be used in delivering emergency medical supplies to remote parts of the country.

Thousands of residents gathered in Shyogwe sector in Muhanga district as they anxiously took a glimpse of the launch attended by other government officials. In a span of 5 minutes, Kagame, flanked by government officials, toured the country’s first drop port, before witnessing the first test of blood delivery by unmanned Aerial System.

“This use of unmanned commercial drones to transport essential medical products is a milestone for Rwanda in many respects. It demonstrates the possibility of transforming business models in many industries beyond healthcare,” Kagame said.

President Kagame said the launch of drones demonstrates Rwanda’s policy of making Information and Technology a key pillar for rapid development. “We recognise its power to change lives, and contribute to the rapid socio-economic transformation we want.”

For such latest technology in drone manufacturing coming to Rwanda, Kagame said it demonstrates that “Good enough is no longer enough. We need to aim for the best. Rwandans have learned to embrace innovation, especially when it is clear that it can help us solve the challenges we face.”

Keller Rinaudo-CEO of Zipline Inc that operates the project, said between 5 to 6 million Rwandans will have access to quick blood services in the next two years.

“I get emotional when I think of the fact that Rwanda is home to drones that will save lives, rather than take it,” Rinaudo said.

In August, Rwanda received two drones used for this test-launch. According to Rwanda Biomedical Centre, the country expects to have a total of 15 drones. At the launch, only 2 drones were used, but Rinaudo said “6 more drones are in transit in Ethiopia and will arrive here soon.”

Vedaste Habinshuti, the Shyogwe Sector Executive Secretary, said the drone port is not only a first-ever project in the country, but a rare touristic site for area residents.

“Since construction of the site began, residents have been paying regular visits here. They are still coming in big numbers as they wait to see what they call small planes flying without pilots. Friday is such a historic day to us,” he told KT Press.

Rwanda-a landlocked nation, has invested heavily in the health sector, and eyes to reduce mortality rates at a lowest figure possible.

The country has maintained life expectancy of its population at 66.7 year as of last year, up from 64 in 2010. More than 90% of Rwandans are also subscribed to health insurance.

At least 1,100 health posts will be built in the country this year, up from 522 in 2010.  With the new drones coming in, according to Habinshuti, “This is yet another milestone in saving the lives of more Rwandans especially those in remote areas in the countryside.”

Meanwhile, Dr. Swaib Abudullah Gatare, head of Center for Blood Transfusion at Rwanda Biomedical Centre told KT Press that the use of drones will reduce the cost of blood wasted during storage processes at different hospitals.

“We have been using ambulances to transport blood from our centres to different hospitals. This takes over 4 hours. To reduce costs, we have been giving hospitals large quantities of blood to hospitals which end up expiring due to poor storage. But these drones will be transport small quantity that meets demand,” he told KT Press.

Key details about the launched drones

– Reducing 6% wastage of blood donated to hospitals to 1% and save units of blood that cost Rwf57, 000 ($70) including transportation

– These drones have capacity to make 150km round trip

– Capacity to fly 70kms per hour

– Fly at an altitude similar to a military aircraft

-It drops blood in a 10 meters range from the sky

-Best technology that doesn’t depend on roads

-No military systems in these drones

-Deliveries used at the same cost as using a motorcycle

– The first of its kind in history of drone technologies 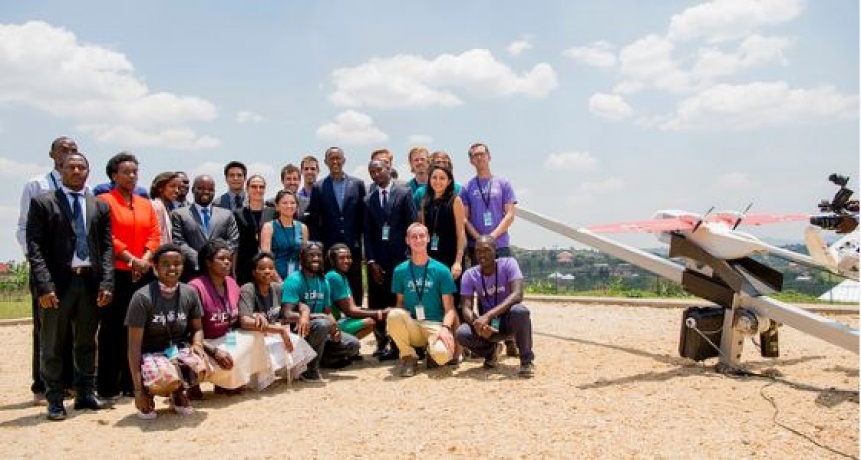 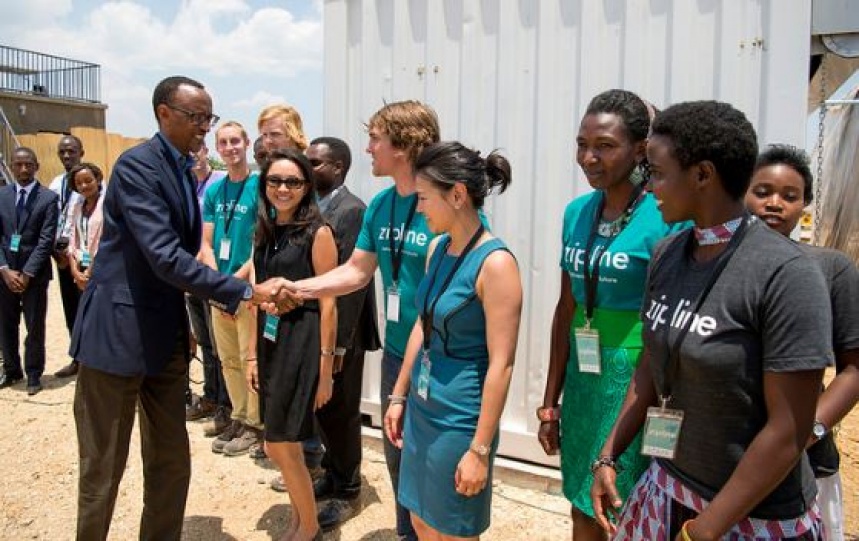