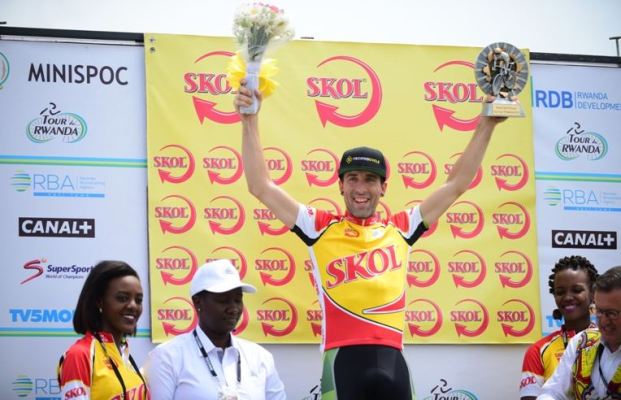 Valens Ndayisenga has retained the Yellow Jersey for the second day despite finishing seventh in today’s grueling Karongi- Rusizi stage three race of the Tour of Rwanda.

Rugg becomes the first double stage winner in this year’s event after winning the prologue stage on the opening day.

Yellow jersey holder Ndayisenga made his attack with less than 3 kilometers remaining and closed the gap to 20 seconds on the leading trio with the chasing peloton a further 40 seconds adrift.

Rugg made his move to create a gap of 17 seconds with just over a kilometer left. However,  the Les Amis Sportiff rider Jooseph Areruya was two seconds behind with Eritrean rider Eyob Metkel rounding up the top three.

The cyclists peddled a distance of 115.9 Kilometers that started off in Karongi and ended in Rusizi. It’s designated as Stage 3 of the competition. It includes category 3 climbs with an additional a category 1 climb at the 96.7 kilometers mark.

Alex Nizeyimana (Team Rwanda) and Rugg were the first cyclists that tried to escape from the peloton 2 kilometers into the tour but were quickly caught by the rest of the riders. Nzeyimana and Rugg dislodged themselves from the rest of the peloton on the first descent but were quickly caught by the chasing pack comprised of favorites Ndayisenga, Boivin and Meyoob Emekle.

Guillaume Boivin, Zemefens Solomon (Eritrea Cycling team)and team  Benediction rider Bonaventure Uwizeyimana quickly created a 40 seconds gap between themselves and the leaders as they got close to the 10 kilometer mark but just like yesterday, youngster Samuel Mugisha started dictating the pace of the race as it got into the hilly terrains.

Mugisha was the first rider to the top of the first climb that came at the 10.2 Kilometers mark though in the company of Founert Fayad as he maintained his grip on the King of the Mountains jersey ahead of the more fancied Eritrean cycling team climbers.

The trio created a gap of 1 minute and 48 seconds between them and the chasing pack by a 17- kilometer mark that also doubled as the second category climb of the day. Canadian cyclist was left behind due to mechanical difficulties that left him 14 seconds behind the leaders.

But Guillaume caught up with the pair on the 50Km mark with the leading trio creating a gap of 2 minutes and 27 seconds with the peloton.

The hilly terrains and winds proved a bottleneck for Boivin once more as the other two leaders (Mugisha and Fayad ) once again dropped him creating a gap of 1minute and 20 seconds with the peloton a further 4 minutes behind the two leaders.

With 23Km left to arrive in Rusizi, there was no waning for the youngster, yet as he retained superiority in the mountains points on the fifth climb.

The peloton was quickly catching up with the leaders as 20Km of the race were left cutting the gap to just over a minute but the distance was quickly erased away by the 10Km mark to only 45 seconds.

Areruya finished in second place cutting the gap in the general classification to 1 minute and 16 seconds adrift Ndayisenga who has a total time of 8h51m53s.

Defending champion Jean Bosco Nsengimana dropped out of the top three as Eritrean rider Okubamariam Tesfom’s forth best time on this day helped him to leapfrog the Stradelli Bike Aid cyclist.

The stage also claimed its second drop with David Polveroni (Haute-Savoie) rider crashing out early-on to end his participation in this year’s event.

Tomorrow’s stage 4 will see the cyclists peddle a distance of 140.7 kilometers from Rusizi to Huye that will include six categorized climbs. 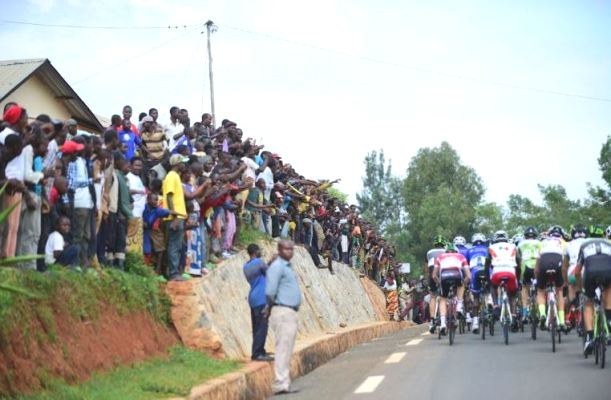 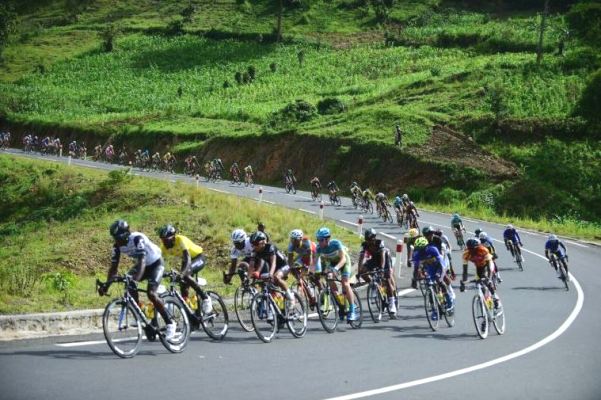 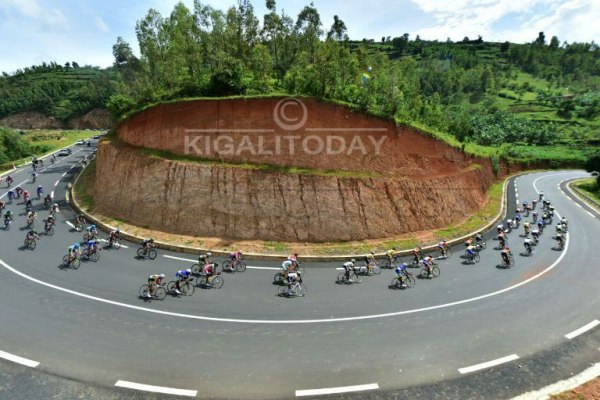 How Patients Struggle to Get ‘Spare Organs’