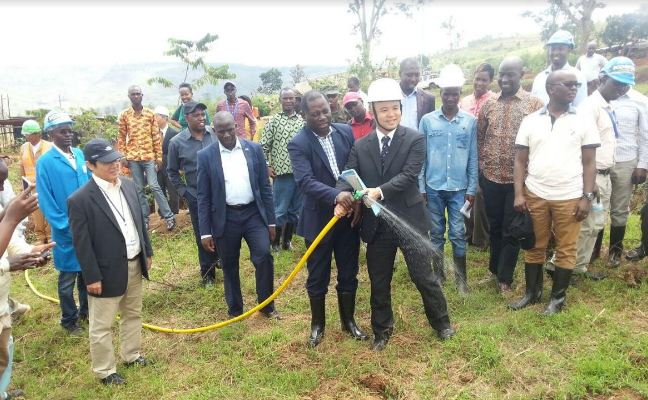 The irrigation project will cover 300 hectares

Farmers in Ngoma district will not worry anymore about when to plant crops and harvesting. The region has found a solution to decades of prolonged droughts.

A $13 million hillside-irrigation facility currently undergoing installation is expected to be fully operational in the next four months. Installation is conducted by KONOIKE a Japanese company.

Today, officials led by Fulgence Nsengiyumva, the state minister in Ministry of Agriculture (MINAGRI) toured the project where technicians are in final phase of installation works.

The irrigation project will cover 300 hectares of which 265ha are uphill in Rurenge and Remera sectors. About 4,700 residents are already employed under the project.

“Our farmers have only been harvesting during rainy season. This project has come in the right time because farming will continue despite the seasons,” said Ndayambaje Vicent, Mayor of Ngoma district.

Ukurikiyeyezu Elise a resident who owns four hectares of land told KT Press that the project will facilitate farmers to grow crops that are of high quality.

Sorghum, maize, beans, are the main crops grown in the region but farmers have since adopted vegetables and fruits.

According to the Ministry of Trade, there is a growing demand for Rwandan vegetables abroad, with most of them exported to UK, Belgium, Netherlands and France, while others go to neighboring Burundi and Uganda.

Since 2011, vegetables have boosted the country’s exports value by $20 million with an average of 7% growth every year. 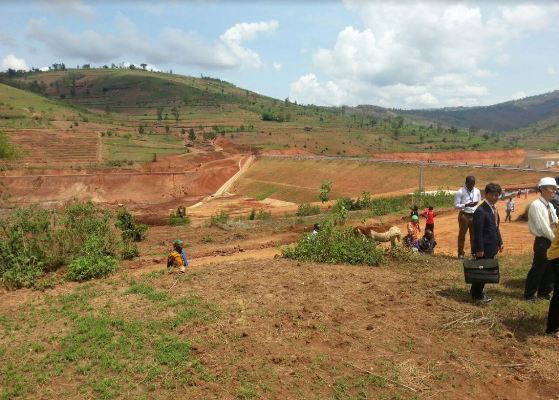 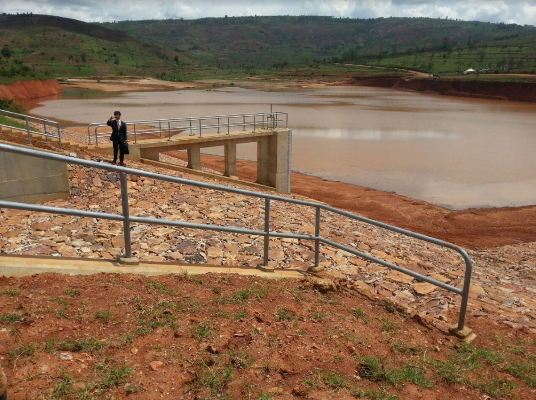 Rwanda Among 50 Best Choices for Business