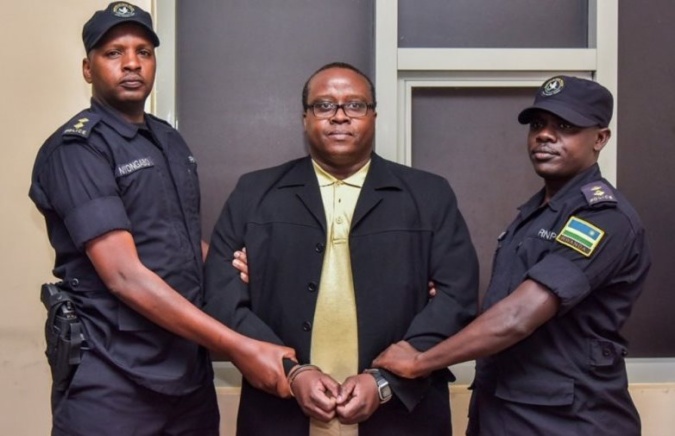 Canadian deported Genocide suspect Jean Claude Seyoboka will be the first suspect to appear before a Rwandan military court this Monday, November 28.

The initial appearance of Seyoboka for pretrial detention will be held at Nyamirambo military court, city of Kigali.

Seyoboka 50, had a rank of 2nd Lieutenant in former regime. He was deported to Rwanda on November 18 becoming  the second genocide suspect to be deported by Canada after Dr. Leon Mugesera who was also extradited in 2012.

Faustin Nkusi, the National Public Prosecution spokesperson told KT Press that Seyoboka’s case was transferred to military prosecution. He will be tried by military courts as his former status dictates.

“He was a soldier during the genocide against the Tutsi and this means that the competent court that should try him is a military court,” said Nkusi while referring to Organic law No.02/2012 of June 15, 2012, phasing out Gacaca jurisdictions.

In its article 7, the law provides that suspects who were gendarmes and soldiers during the 1994 Genocide against Tutsi, and are deported/ extradited to Rwanda, will be tried by military courts.

The above organic law on terminating Gacaca courts and mechanism for solving issues under the jurisdiction also comes to play as a result of Seyoboka’s failure to return to Rwanda after being sentenced in absentia to 19 years in jail by Gacaca court in Rugenge sector, Nyarugenge district in 2007.

He was found guilty of planning and supervising the killing of at least 72 Tutsi.

He partnered with Col. Tharcisse Renzaho the then mayor of Kigali City, Lieutenant Colonel Ephrem Setako, head of the division of legal affairs in the Ministry of Defence in 1994 and Odette Nyirabagenzi, then counselor of Rugenge sector.

Seyoboka, popularly known as “Zaire” is linked to the inner circle ‘Akazu’ of the previous Juvenal Habyarimana regime.

He is son-in-law of Col. Elie Sagatwa who died on the plane with ex-president Juvenal Habyarimana on April 06, 1994.

He was common within the elite community of the pre-genocide era with his father-in-law, Col. Sagatwa, a relative of former First Lady Agathe Kanziga Habyarimana.