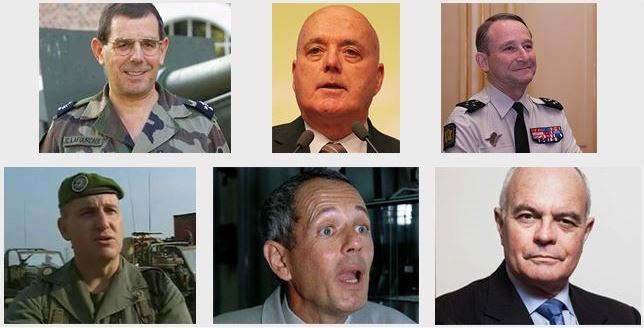 The government of Rwanda has opened criminal cases against specific French officials for their role in the 1994 genocide against the Tutsi – some of whom could be charged in court if proceedings show they have cases to answer.

Rwanda wants to conclusively bring to an end simmering tensions with France by making those who took part in the massacre of over a million lives, pay for their actions.

The statement says; “The inquiry, for now, is focused on 20 individuals whom, according to information gathered so far, are required by the Prosecution Authority to explain or provide clarity on allegations against them, to enable the Authority to make conclusions whether the concerned individuals should be formally charged or not.”

Last month, Rwanda released a list of 22 French senior military officers who were directly implicated in the planning and execution of the 1994 Genocide against Tutsi in Rwanda. Meanwhile, in 2009, Rwanda identified 33 French political and military officials that have been complicit to the genocide.

“The Office of the Prosecutor General expects that reciprocal judicial cooperation will be availed throughout this inquiry by the relevant French Government agencies and authorities.”

Why Would Rwanda Want To Kill Nyamitwe – Wonders Kigali

Hello,
My name is Allen Campbell. In 1994 I organized a helicopter flight(I am a professional pilot) over Lake Victoria From the mouth of the Kagara river to Jinga counting bodies (May)I then went on to Goma and met some of the worst French officers one can imagine. Among them were Lt. Col Jacques Hogard, a French general and others. I was there to seek help in rescuing the Sisters and students in Kibuye(June). I almost got into a fist fight with Hogard (now I wished I had) later I went to Kibeho(August). All of this between May-August 1994. I am now finishing a book about Rwanda and really want to present to the world a different view(bad!!) view of the French! operations in Rwanda. I need the help of those Tutsi who survived and GOR to help. Can you assist??

This is Allen Campbell. Would someone help me with background material on the role of the French officers. I am looking for information now on Colonel Jacques Rosier from 1990-1994.
Thank you.

Hello this is Allen Campbell, again.
I am trying to determine if the current church in Kibeho is in fact the old church from 1994, just restored. I am also trying to determine
what the small building on the right hand side of the church was for.
Please can someone assist me?