Why Would Rwanda Want To Kill Nyamitwe – Wonders Kigali 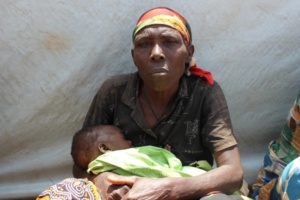 The military in Rwanda says Burundi is making fabricated claims linking it to the attack on Willy Nyamitwe, the government spokesman. Kigali affirms he poses no threat.

Ngendahimana added: “In any case, Rwanda has no interest whatsoever in assassinating Nyamitwe because his presence is of no threat in any way.”

The flamboyant Willy Nyamitwe who addresses himself as ‘Presidential advisor on media and communication’ was attacked last evening at his home. Reports say he was injured in the arm, but the attack left one of his bodyguards dead and another seriously wounded.

Today, spokesman of Burundi police Pierre Nkurikiye, told a media briefing in Bujumbura that the attackers had received direct coordination from Kigali. He said suspects including Burundian Col Dushimagize Dieudone aka Gangi had been hired for the task.

Back in Kigali, the authorities have played down the latest in a series of regular allegations from Bujumbura. Government here has made it clear no amount of provocation will “drag Rwanda” into the crisis there.

Rwanda is hosting nearly 90,000 Burundian refugees – from a political crisis that erupted in May last year. Another 230,000 fled to Tanzania, and thousands more to DR Congo.

Opposition groups have formed an alliance from the outside – determined to oust embattled President Pierre Nkurunziza. But despite regional peace talks led by Uganda and Tanzania, any political settlement seems a distant prospect every other week.

Dozens of top officials have been killed under mysterious circumstances – and in some of the most high profile, Burundi alleges role of Rwanda. But the pattern has been that no identity of suspects are released, apart from general statements of accusations.

No week goes by without the ruling party CNDD-FDD making provocative statements targeted at Rwanda. They have even gone as far as denying the 1994 genocide against Tutsi – claiming there was double genocide in Rwanda.

In Burundi, the United Nations has warned that statements and actions of government institutions are creating a pattern similar to the demonisation campaign targeting Tutsis of Rwanda prior to the genocide. A recent directive requires government employees to register with clear indication of which ethnicity they belong.