After eight days of the most challenging cycling race in Africa, Rwanda’s Valens Ndayisenga became the first double winner of the Tour du Rwanda ever since it became a certified UCI cycling event.

Ndayisenga cycling for South African team Dimension Data Qhubeka just had to cycle to team instructions on the final day to avoid any unwanted surprises as he held a 42-seconds-lead over Eritrean rider and Qhubeka teammate Eyob Metkel coming into the day.

The South African team dominated the Tour winning three of the eight stages to scoop the best team title and will go out to the European circuit riding with high confidence.

“It was a tough competition, we came here with a clear strategy and thankfully it worked. I want to thank Rwandan fans and teams for the support,” said an excited Ndayisenga.

Coming into the final day with two stage wins, the 2014 champion finished third on the final stage, three seconds off the lead of Eritrean national team rider Okubamariam Tesfomand Metkel in second. But it was Lowrates cycling team’s Timothy Rugg (winner of the prologue and fifth stage) that set the early pace creating a gap of 10 seconds between him and the peloton.

Rugg was joined by Algerian rider Laggab Azzedine in the lead after the first of nine laps as they established a 1 minute and twenty seconds advantage over the chasing peloton that was under the control of the Team Dimension Data riders.

“We had to protect our leader and I think we did a good job. We didn’t want him to be crowded by the chasing pack,” said Ammanuel Gebreighzabier a member of the five man team.

The gap was cut by 14 seconds as a result of the chasing pack with four of the nine laps around the city of Kigali. The Algerian national team rider started to wane as he was caught by the now split peloton leaving only prologue stage winner Timothy Rugg in the lead.

The American extended his lead to a minute and 25 seconds with yellow jersey holder Ndayisenga and his teammates leading the chasing pack behind him with three laps to go further stretching it by five seconds after lap seven.

But the 30 year old’s legs gave way with less than 2 laps to go as he was caught by a group of 10 riders that was now peddling at a speed close to fifteen kilometers per hour.

With Ndayisenga part of this leading group, the general classification leader looking comfortable did not try to compete in the final sprint saving his legs for the victory dance celebration after a ride that looked like a celebration lap.

Ethiopian rider Okubamariam Tesfom crossed the finish line in a time of 2 hours 43 seconds ahead of Eyob Metkel who also finished second in the General classification. The day though belonged to Rwamagana born Ndayisenga who came three seconds later for a total time of 21 hours, fifteen minutes and 21 seconds for his second Tour du Rwanda title.

“It has been a befitting end to a great competition with victory for the homeboy,” said Aimable Bayingana the head of the Rwanda cycling federation (FERWACY).

There was more celebration for Rwanda as young prodigue Samuel Mugisha was crowned the best climber after winning the mountain classification. 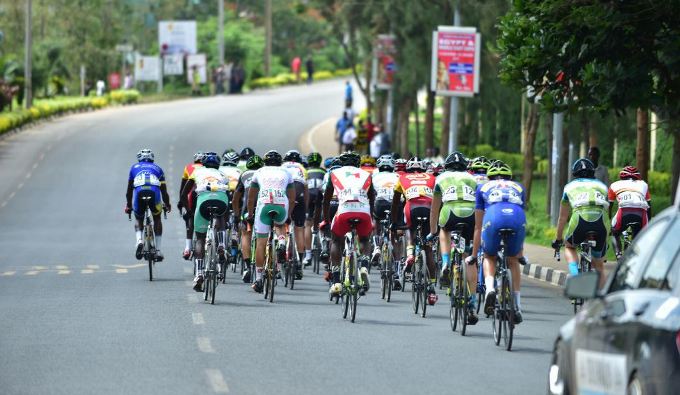 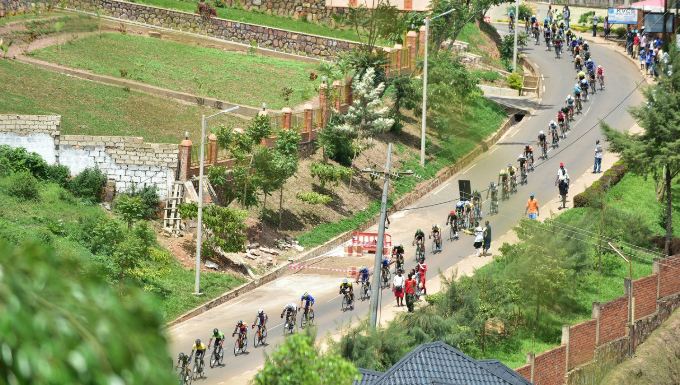 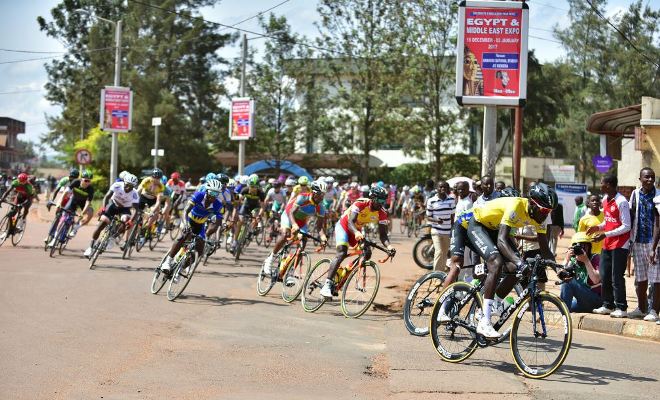 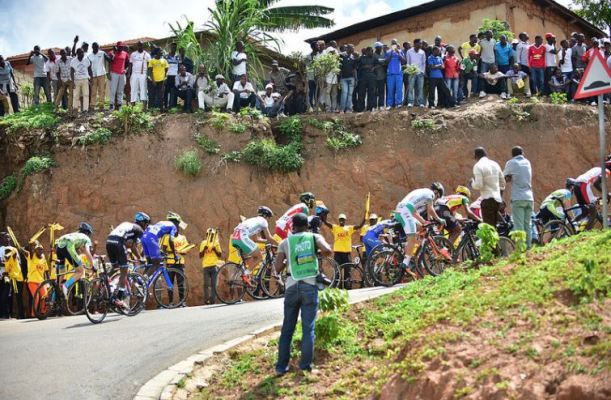 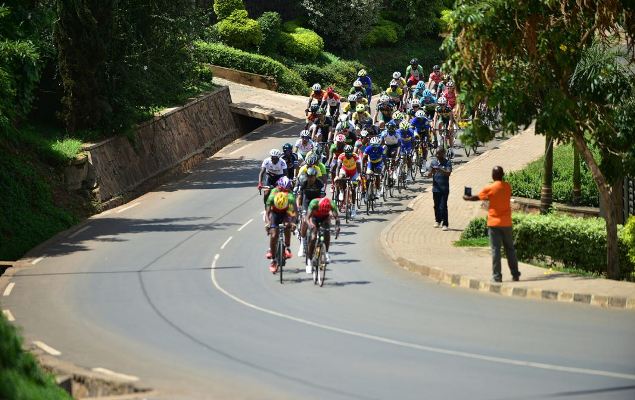 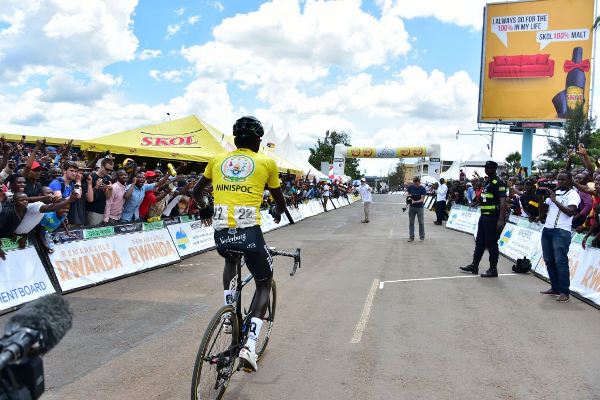