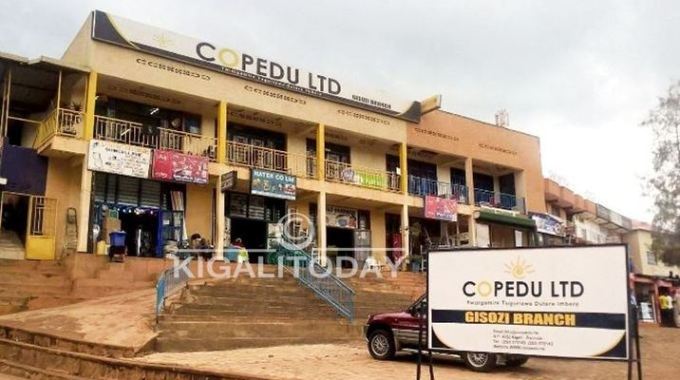 Money belonging to about 60,000 members of COPEDU microfinance bank could be at risk of being misused amid serious allegations that it is using a pirated operating system – a software used to link up all its branches spread across Rwanda.

COPEDU, one of Rwanda’s largest microfinance institutions – operating since 1998, has been dragged to a commercial court by ADFinance Rwanda for allegedly using software –“ADbanking” – for nearly two years without consent of the provider.

Origin of the conflict

In 2008 ADFinance and COPEDU entered into a software supply contract (licence d’exploitation) to manage the bank operations using the ADbanking software – a core banking system for microfinance institutions in their daily operations. The software was designed and owned by a Rwandan national, with operations in several African countries.

The bank paid millions annually to the software supplier. But in mid-2015, it is alleged that the bank was having problems with paying the supplier on time. Apparently, there had been changes in the management of COPEDU and a new managing director had been appointed.

The debt owed by COPEDU has now accumulated to over Rwf48million.

In April this year, the supplier notified the bank of the deteriorating working relationship and informed the client of the impending termination of the contract. That would subsequently result in the closure of the software – which would mean that the bank operations would completely come to a halt.

ADFinance told COPEDU that it was granting it a ‘grace period’ to allow them find an alternative. Court has been informed in filings that the supplier did not want to abruptly stop the software as a goodwill gesture because it is a communal bank, and stopping it would affect many members  – mainly in rural areas.

However, the bank allegedly responded in a letter saying that it won’t pay the debt. ADFinance was expecting that the software would stop operating by itself since COPEDU continued using the same software but it did not stop.

Instead, ADFinance discovered several days later that COPEDU was still using its software. Court documents point to a possibility that the COPEDU may have obtained the software key without knowledge of ADFinance and continued operations.

The concerns were reported to police’s elite crime unit CID which instituted an investigation. Police and prosecution hired an IT specialist with knowledge of software piracy. The findings of the investigation will be submitted to the Commercial Court.

Already, the two sides have appeared in court twice – with the latest being on Friday November 18.

ADFinance is an ICT company created in 2007 with headquarters in Kigali, Rwanda providing a broad technical scope of solutions to microfinance institutions. The company also supports more than 400 branches of SACCOs across five countries including Comoros, Cameroon and Burundi. The company is said to control 48% of market share in Rwanda.

COPEDU Ltd which started as a savings cooperative has evolved over the years into a full microfinance institution. While other MFI’s were closing down, in 2016, COPEDU saw a shoot in its membership. In 2012 it officially opened its shares to the public with 12,966 members buying shares raising Rwf790 156 800, as initial capital.

In a second court appearance this Friday November 18, 2016, ADFinance said that it is the sole provider of the software in the country and accused COPEDU Ltd of software piracy outside the business contract between the two parties.

In the preliminary court hearing which lasted for ten minutes, ADFinance also told court that the defendant has violated intellectual property rights. COPEDU had been asked to stop in vain – and efforts to negotiate the case outside court had hit a dead end in the last six months, said the government and ADFinance legal team.

“We want the bank to stop using the software and my client has asked them to stop pirating it since they don’t have the rights to use it,” Me Abel Nsengiyumva told court.

COPEDU however, argued that they have not violated any laws in using the software since they could not stop it. Apparently, COPEDU continues using the software because it did not freeze up as had been expected. In other words, COPEDU argues that it was not their responsibility to stop using the software, it was supposed to have ended operations on its own.

“The software is unstoppable and my client cannot halt it,” said defense lawyer Eric Barahira.

Court asked the defendant and complainant if the case should be tried in depth but both parties asked court to wait until full investigation results are produced by the independent IT experts.

The court case number RC1077 is yet to be revisited on December 2nd this year and the complainant wants court to order COPEDU to stop using the software. ADFinance wants COPEDU to pay up the debt accumulated, in addition to damages for violation of intellectual property rights. 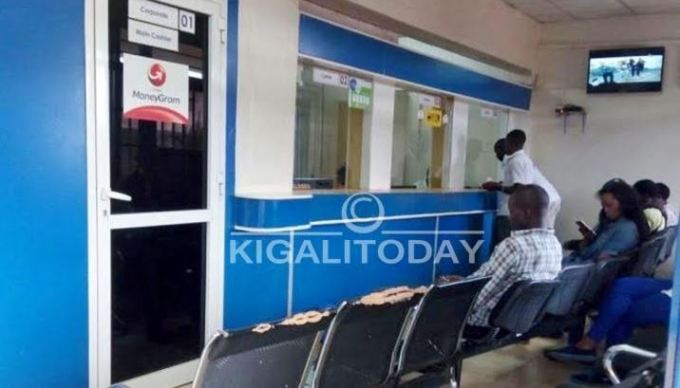 COPEDU microfinance bank has over 60,000 members

So where is the case here?

The Software piracy law in Rwanda and possible penalty in Rwanda as indicated in the penal code N° 01/2012/OL of 02/05/2012 of the organic law provides for harsh penalties on piracy offences and provides tips to what could have happened and continuing to happen.

Article 306 states that “Any person who accesses another person’s computer system or other similar devices without authorisation, in order to know recorded or transmitted data, by all means and regardless of the location, shall be liable to a term of imprisonment of six (6) months to two (2) years and a fine of Rwf500,000 to Rwf2,000,000 or one of these penalties.

While Article 312: Access and continuous fraudulent use of electronic data of another person;

Any person who, fraudulently and in any way, accesses and remains in another person’s automated data processing system or similar systems with intent to find out electronically stored or transmitted data, regardless of the location, shall be liable to a term of imprisonment of one (1) year to three (3) years and a fine of Rwf1,000,000 to Rwf3,000,000.

And Article 314 states; Any person who fraudulently introduces data and software in a computer system or any similar devices, shall be liable to a term of imprisonment of three (3) years to five (5) years and a fine of Rwf300,000 to Rwf500,000.

This legal action however, can happen if or after a complaint of the offended person according to article 315: Legal action for offences under Articles 312 and 313 of this Organic Law.

Piracy cases in Rwanda and the region are now new. In its 2006 report, the International Intellectual Property Alliance (IIPA) accuses Kenya of rampant piracy in all sectors referring to it as a “piracy den’.