Home NewsNational Where is He? Help Identify this Genocide Suspect
National

Where is He? Help Identify this Genocide Suspect 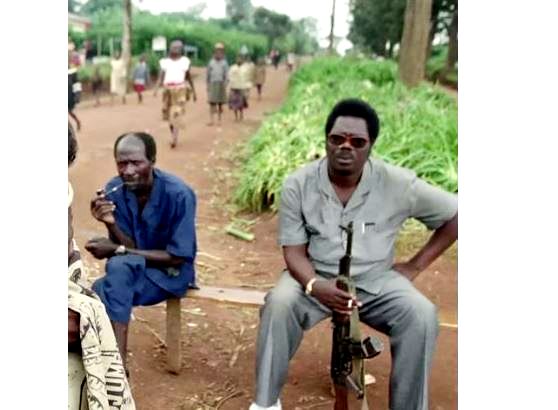 Social media enthusiasts want the world to find this man holding a gun. Over a million lives were lost during the 1994 genocide against Tutsi in Rwanda

A photo of a yet-to-be identified man has caused spat on different social media platforms, with twitter enthusiasts suspecting the man could be a genocide fugitive roaming around the world.

His name is on the hunt, with some Rwandans suspecting he looks either a clergy, local leader or a businessman sitting on a roadblock during the 1994 genocide against Tutsi.

Rwanda is hunting genocide perpetrators who fled the country after the 1994 massacre that claimed over 1 million people.

However, efforts by host countries to arrest and handover the suspect have been at a slow pace, especially France which shelters a number of them including former First Lady Agathe Kanziga.

Why are FM Radios Concentrated in Kigali City?