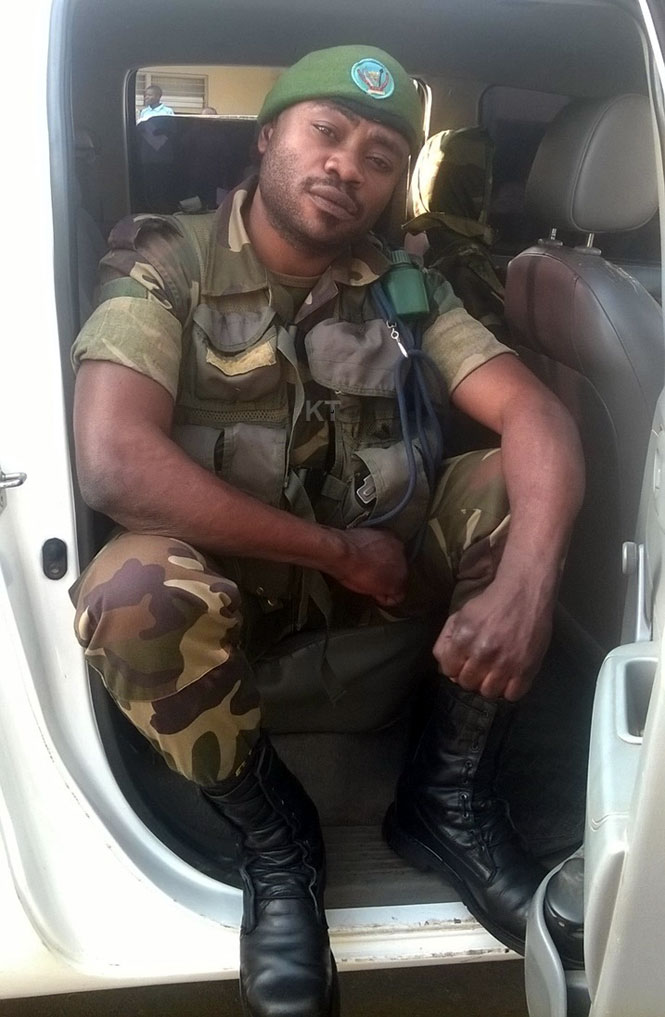 Several Congolese soldiers have ended up in Rwanda previously. Here, Cpl Mambuve Nevo who strayed to Rwanda side of border was reluctant to leave RDF vehicle that brought him to the border

The Rwanda Defence Forces (RDF) said Sunday evening that it had registered people who crossed into its territory claiming to be DR Congo rebels.

The army said in a statement: “On the morning of 29 January 2017, a group of unarmed people claiming to be M23 combatants crossed into Rwanda through Rwanda-DRC common border, in Bugeshi Sector, Rubavu District. By 17:00 Hrs, 30 individuals had been registered.”

The RDF says according to information received from the combatants, they claim that they are fleeing from combat action by DRC Armed Forces (FARDC).

The statement added: “The fleeing combatants have been seen by the International Committee of Red Cross (ICRC), and those requiring medical attention have been attended to by the ICRC, in accordance with International Humanitarian Law.”