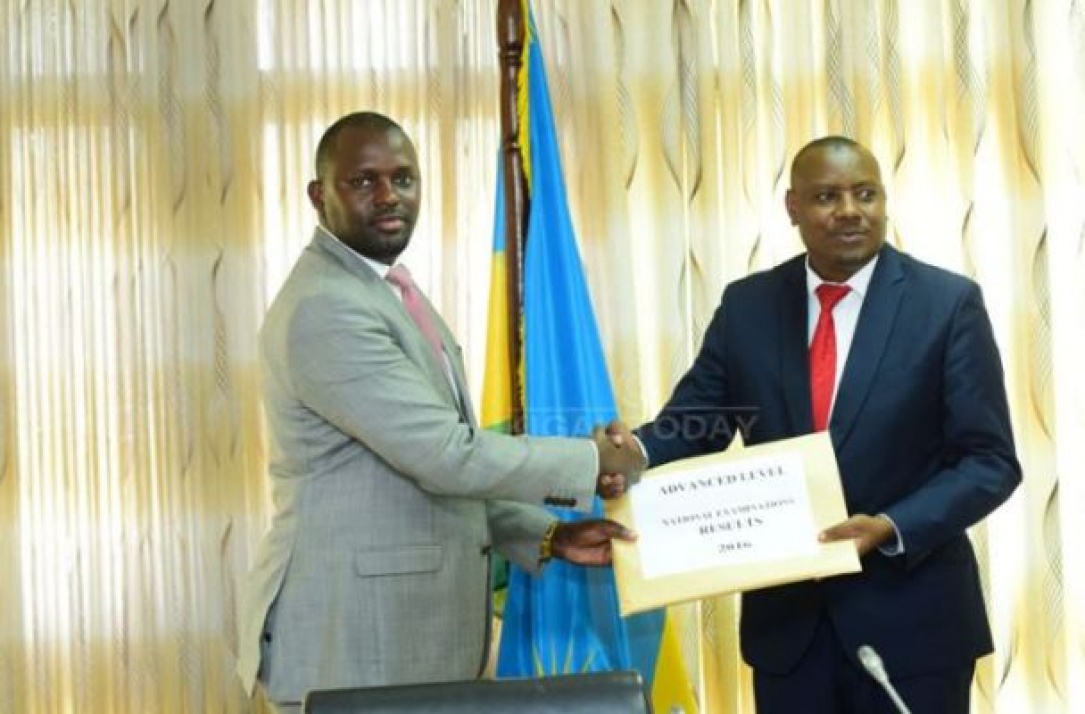 Rwanda Ministry of Education has stuck to its decision of not ranking schools according to performance.

Results for the 2016 senior six national examinations have been released today and the  education ministry preferred comparison of performance between male and female candidates.

“Avoiding mention of schools of best candidates is intended to remove speculations; It is wrong to compare a school with fifty candidates that pass 100% with a school of 200 candidates of whom 70% pass,” said  Isaac Munyakazi, Minister of State for Primary and Secondary Education in Ministry of education while releasing results on Thursday.

According to the results,  girls have performed better than boys just like last year.

Despite a good general performance by girls, male candidates are still leading the list of best students, across the 15 combinations of general education.

Only three girls came on top of best candidates; Mugisha Amen is the best student in arts combination and English subject respectively while Dushime Kagina Azza came on top in physics.

Liliane Iyandemye was the best candidate in Kinyarwanda language subject.

The TVET candidates increased by 9% compared to last year’s 21,305.

“TVET was in the past, seen as a failure to whoever student took it, but country employment policy made it a choice for many,” Munyakazi, said.

Meanwhile, students can access their exam results on phone by writing S6 – index number and send SMS to 489 or call 4848 a free line. Others can log on to www.reb.rw .

Book Review – Inside the Hotel Rwanda: The Surprising True Story….