Nyirangegera, now 101, recalls every single statement made by the Belgian priest. But one small part of the sermon especially haunts her, nearly 60 years later.

“A priest was preaching to us,” she said. “He was preaching in Kinyarwanda. He then said, ‘Akami kanyu kapfuye, kakami kanyu kakabeba kaguye buzumbura mu burundi rero,” Nyirangegera said. The Kinyarwanda statement loosely translates; “Your small rat king has died in Buzumbura, Burundi.”

She was not sure whether the statement was a joke or true, but her life was never the same. Until that moment, her life was peaceful — afterward, it was chaotic, she said.

Upon hearing the words, Nyirangegera recalls, one man with a gloomy face pushed past his neighbour and walked out of the church building. Many other men followed, along with other women and children.

“I was already trembling, hearing that our king Rudahigwa had died. Nothing happened then, not until late evening when the news had circulated,” Nyirangegera said.

She remembers fetching water around 5 p.m., wondering what would happen after the death of the king, but does not remember what exactly followed until some months later.

“The king was our lord, the rain bringer and peace sustainer,” she said. “I thought life was over not only because the king had died, but he died in another country.”

Five months after the King’s Death

A few weeks before Christmas 1959, a rumor was spreading about the assault and death of Dominique Mbonyumutwa, a famous politician.

The rumor held that he had been assaulted and killed by a gang of Tutsi youth in Byimana, in southern Rwanda.

As the rumor was spreading in November, Nyirangegera said, she was collecting firewood near her home when she met a middle-aged man who hit her in the back.

“I fell, but before he could do any other harm, I heard crowds of men shouting nibavemo, nibavemo (Get them out, Get them out),” Nyirangegera said. “He joined the crowd before he hit me again.”

Even today, though, she does not like the name Mbonyumutwa, because from that moment her life changed; She went from sleeping at home to roaming around because she was afraid for her safety.

“I lived in bushes for one day, and the next two days I was roaming into other shrubs. No neighborhood was safe for me,” she said. “I just lived like an insect, say a grasshopper — some of my children were scattered and I never knew where they were.”

She could see houses burning down around her while she was in hiding. All she heard was that Hutus were revenging the death of Mbonyumutwa. They later found out that he had not even died. 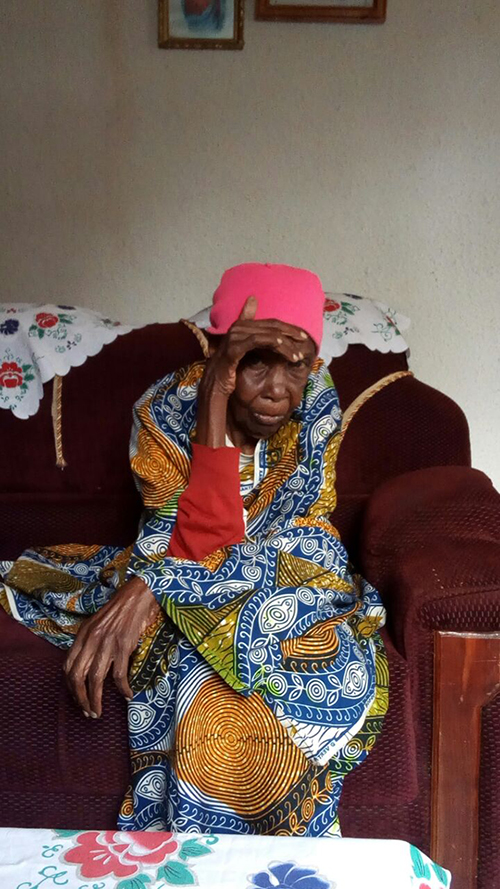 At this time, Nyirangegera says, women were considered similarly to children. They claimed they did not belong to any tribe or clan because, if they were married, their husband carried the ID, known as “ibuku” (a book), for the family.

This booklet, instituted by Colonialists Identified a man and his family. It also indicated the person’s ethnicity – Tutsi and Hutu but ignored the ethnicity of TWA people with justification that their ethnicity was ‘obvious’ she did not tell what were the considered specifics.

Nyirangegera says she never owned ibuku, but she saw one with her father, her husband, and in other families.

Because only the husband had an identity card, his family took his ethnic identity. If a man was Tutsi, his family was also considered Tutsi, according to the law.

“Those who did not know my husband did not harass me or hurt me unless it was a collective assault,” she said. “I think being a woman and being ineligible to carry ibuku saved me.”

Ten of Nyirangegera’s children and seven other relatives of hers died in the Genocide against the Tutsi. She gave birth to 12 children and lost 10 in one day. Her children were slaughtered in her presence, as killers told her, “You will die last as you were also born first.”

Fortunately, she was rescued by the RPF soldiers who were fighting to stop genocide.

“One militia had thrown me in a hole that had other Tutsi thrown in to die slowly; there were two children in the hole crying louder that RPF solders heard and came to get us out. I think it was a miraculous survival” Narrates Nyirangegera

Retired “Monsignor” Eulade Rudahunga, 96, lives in a colonial-era parish in the southern province. He is not a bishop, but had the honorary title given to him by Pope John Paul II in recognition of his valuable service to the Catholic Church.

Rudahunga was in the same mass at Kiruhura Parish on Sunday, July 26, 1959. He was a co-celebrant with two other white fathers who were visiting from Burundi, including Fr. Joseph Bourcret, the main celebrant.

“I knew him as my colleague but we lived in different monasteries” says Mgr. Rudahunga. There are times when I think Fr. Bourcret Joseph could be a Belgian spy in the name of priesthood. I mean, how a priest could become that heartless!”