Upon their arrival at Kigali International Airport, they were received by President Paul Kagame and First Lady Jeannette Kagame.

In 2015, Rwanda and Ethiopia suggested new development models they believe can help Africa break away from the prescribed Western models.

The models were suggested at a high-level inaugural symposium organized by the ‘Meles Zenawi Foundation’ (MZF) in partnership with the African Development Bank.

With presence of other African Heads of State, leaders agreed that Africa should stop being bullied into accepting policies that misrepresent it and do it harm in the end.

President Kagame reminded the leaders at the meeting, that its high time Africa stops being “a place where experiments are being carried out.”

At the symposium, Prime Minister Hailemariam Dessalegn said, “We must have a new beginning for Africa.”

Since Tuesday this week, a delegation of Ethiopian officials was in the country for a two-day second meeting at the technical level. The meeting brought together experts in different sectors from both countries.

According to Rwanda’s Foreign Affairs Ministry, the meeting drew a road map for the two countries to cement cooperation especially in education, tourism, political, economy, trade and investment, health and science; among others.

This Thursday evening, PM Hailemariam and Mrs. Roman will be hosted to a state banquet in Kigali. 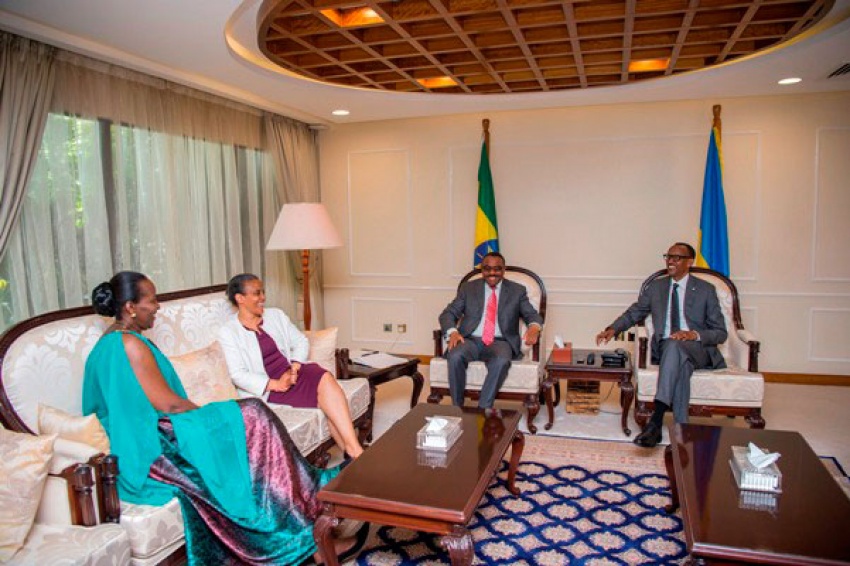