written by Leonard Nshimiyimana May 12, 2017 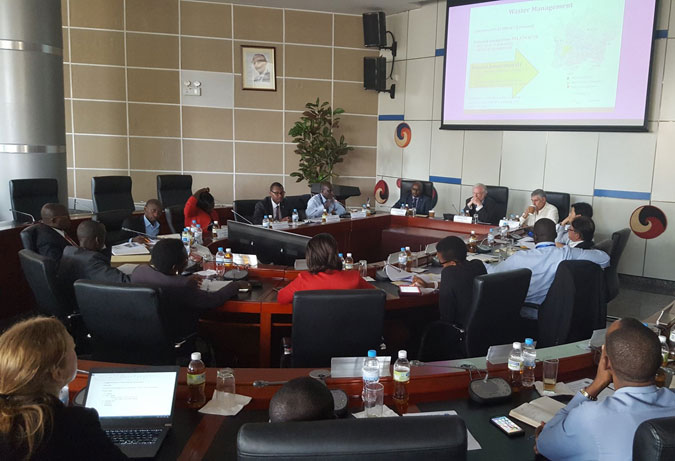 The advisory panel in session at Kigali City Headquarters

Rwanda’s capital Kigali has assembled a team of international experts who will guide its development agenda – an act similar to the Presidential Advisory Council (PAC).

Sitting at City of Kigali headquarters yesteday for the first time, officials told KT Press that the six-member team will handle construction, the master plan, environment and city planning in Kigali.

“The Advisory Committee was formed in accordance with the recommendation and advice from the top leadership of the country with aim to expedite the city development,” said Bruno Rangira, the City of Kigali spokesperson.

The team has specialty in urban development, urban planning, architecture and environment management.

British academic and former UK government advisor Prof. Paul Collier is head of the committee. He will co-chair the committee with Mayor of Kigali, Pascal Nyamurinda.

The latter is very knowledgeable with matters in city of Kigali. He is a senior official with Surbana, Singapore government-owned consultancy company focusing on infrastructure and urban development which developed the current Kigali city master plan.

Another member is Paida Hlambelo, a Zimbabwean architect also famous in Rwandan engineering field. He supervised construction works for the state-of-the-art, Kigali Heights.

The sole Rwandan on this list is Eng. Uwase Patricie, technical advisor to Minister of Infrastructure.

The experts committee has a mandate to provide advice to the City of Kigali in areas of strategic development, policy orientation and overseeing the general development of the city, as well as identifying priorities and opportunities.

It is expected that the committee members will come up with strong ideas on implementation of strategies that will spearhead development of the City.

Co-chaired by the mayor of the City of Kigali, Pascal Nyamurinda, the first meeting held on May 10, discussed Kigali master plan, low-cost settlements, infrastructure financing, and capacity building of district and city staff among others. 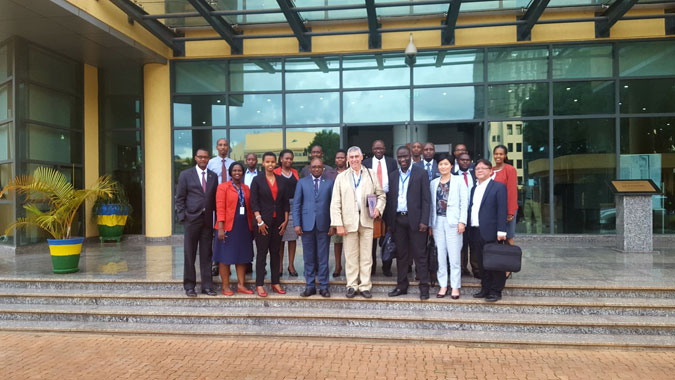 The committee members will work on voluntarily basis for a period of three years renewable, but “will be facilitated to attend meetings that are scheduled to take place every three months and later on twice a year,” said Rangira.

The City of Kigali, like other entities of local government have councils which are in charge of setting rules and regulations, designing goals and strategies for development of the citizens on top of supervising implementation by the executive committee.

However, this committee will not interfere with the usual councils because it has a separate mandate.
“The mandates are completely different but complementary,” said Rangira.