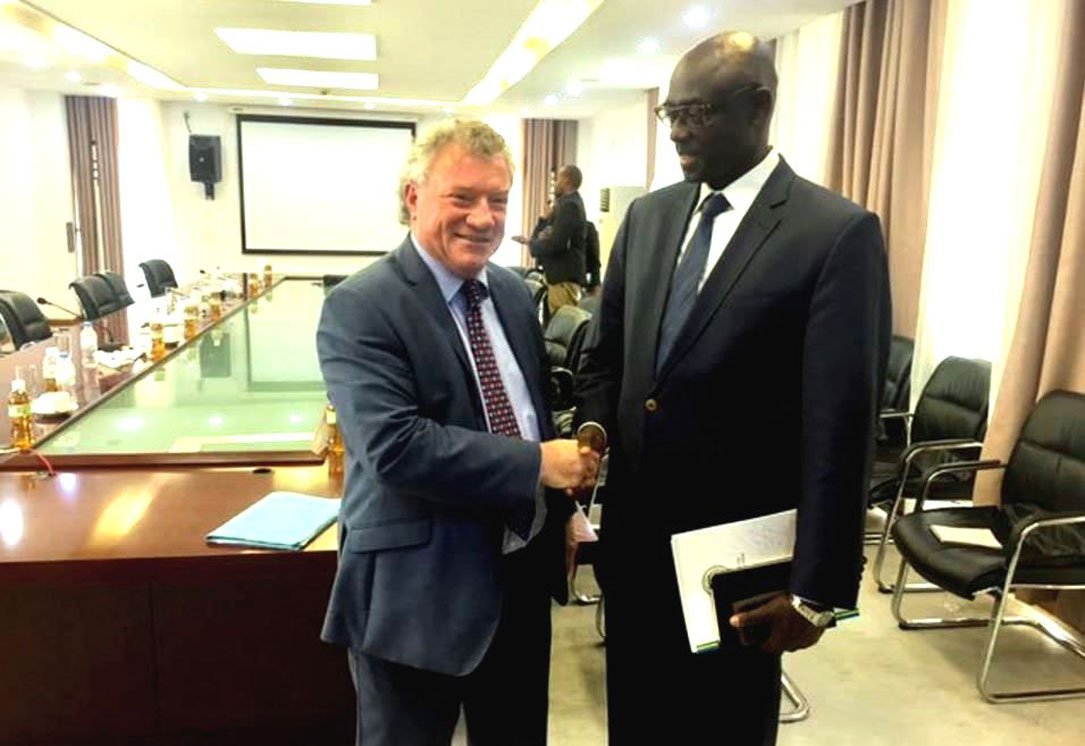 After stirring controversy through his tweet on Monday when he claimed that a worker had been killed at a site under controlled demolition, Michael Ryan the EU commissioner in Rwanda has rescinded his allegations.

Ryan compared the rubble at the demolition site next to his residence as similar to ruins of bombardment in Damascus, the Syrian capital.

In his response to the envoy’s tweet, Johnstone Busingye, Rwanda’s Minister of Justice said, “Your Excellency, kindly admit that your allegation of a worker’s death is fiction, as KCC confirms, or prove KCC wrong by sharing your evidence.”

Although Amb. Ryan has shown some remorse , social media enthusiasts want the envoy to compose a proper and direct apology or even use the word ‘sorry’.

For example one tweep said, “Mr ambassador, I think the word you are looking for is actually “sorry”.

Another response to the ambassadors sarcastic tweet on Monday says, “Too little, too late.”

Several responses are still trickling in including one questioning the envoy, “Why mislead if not sure of death #DontTweetLikeEUMichaelRyan?”

“Your false declarations recognized without apology disqualify you as a worthy representative of any institution or nation,” another bitter tweet rolled onto the thread.

Still unclear whether the statement made by ambassador Ryan was an apology or anything, another tweet inquired, “What is that? Is it an apology? Hon. Ambassador, can you make any clarifications if you accept that what you said was lying? Please.”

For a person of his caliber, he is expected to make comments with supportive evidence. One tweep responded to the envoy’s statement saying,  “After all the Amb. will claim to be scientific. How so with this mistake of providing news without evidences?”

Perhaps the EU envoy will draft a direct apology, social media still wants at least a ‘Sorry’ from him.