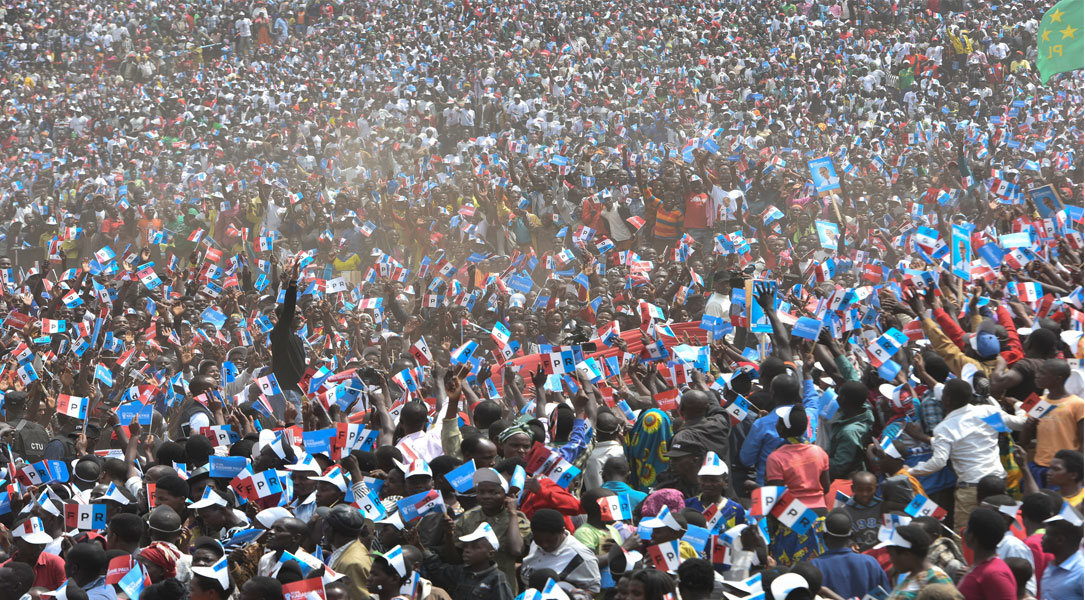 When candidate Paul Kagame of the Rwanda Patriotic Front Party arrived in Musanze – Rwanda’s volcano city, he could not hide his emotions seeing a very large crowd of voters.

Kagame is currently in this region campaigning for votes that should see him win the August 4th presidential elections. While at a campaign rally in Busogo  in Musanze, he told voters, “Musanze people, I am very very very happy.”

Yesterday on July 25, Kagame was supposed to address a rally at the same venue, but did not turn up.

“I had lost my voice…but I could not wait to meet you,”Kagame told his overwhelming supporters.

He told them that his reward was one; “Electricity will be extended to all households of Musanze district urgently.”

The mountainous Musanze district is Rwanda’s food basket and home to the rare mountain gorillas.

Kagame said that the turnout today is a symbol of “strong pact” Musanze people have with him and RPF party.

Between 1996 to 1999, Musanze district suffered sporadic attacks from  interahamwe militias infiltrating from Democratic Republic of Congo.

The war between government forces and militias left many dead, including Theobald Nshimiyimana’s parents.

Today, Nshimiyimana thanks RPF for helping him to start a new life. He currently has a company and employs a big number of youths in the district.

Meanwhile, many years ago, Musanze district residents had a mentality; that any skyscraper built there would sink.

“We were blind. Today, we have countless buildings and a Rwf7 billion market,” said Christine Murebwayire, the campaign manager of the day.