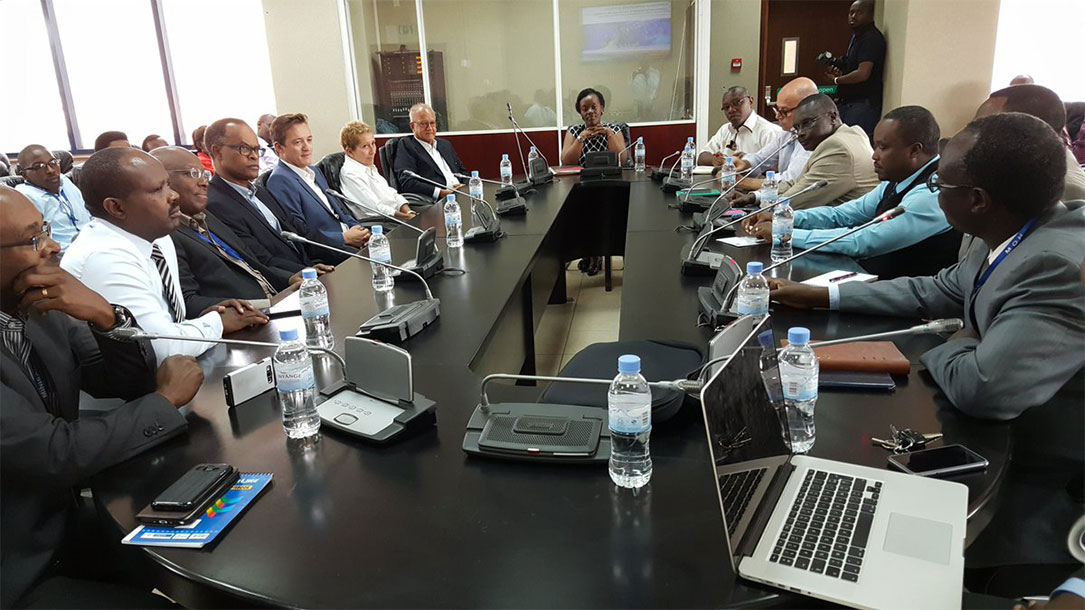 Pain after surgery will soon find remedy following a new partnership between Rwanda and a renowned health institute in France.

IRCAD will in near future start training surgeons who will be dispatched into district hospitals.

The micro invasive surgery uses advanced technology to reduce damage to human tissues during surgery.  It uses miniature cameras and projects the wider image on video monitors in the operating room such that the surgical team can see the entire procedure.

Health Minister, Dr. Diane Gashumba told KT Press that there is still a huge gap to fill because the technology is needed by many Rwandan physicians.

“Though this technology has been used for some time, we still need to fill the gap. We need as many surgeons as possible in all fields of operations but also those who do it professionally, which is actually the reason why we partnered with IRCAD,” Gashumba said.

The Minister didn’t reveal the number of trainees nor when the trainings may start; “we will select after discussing with Rwanda Development Board about feasibility of the project.

The schedule will then be decided.”  Micro invasive surgery can be done in different health topics including; digestive and colon; ear, nose, throat; lung; urology among others.

According to scientists, this type of surgery offers significant benefits among which: less bleeding as it uses small incisions, fewer post-operation infections, quicker return to normal activities, and less scarring.

Minister Gashumba told KTPress that Rwanda is the first African country to partner with IRCAD but she believes in the result that will come out from it.  “Micro Invasive Surgery can be a reality in Rwanda,” said Dr Jacques Maresquaux, President of IRCAD.