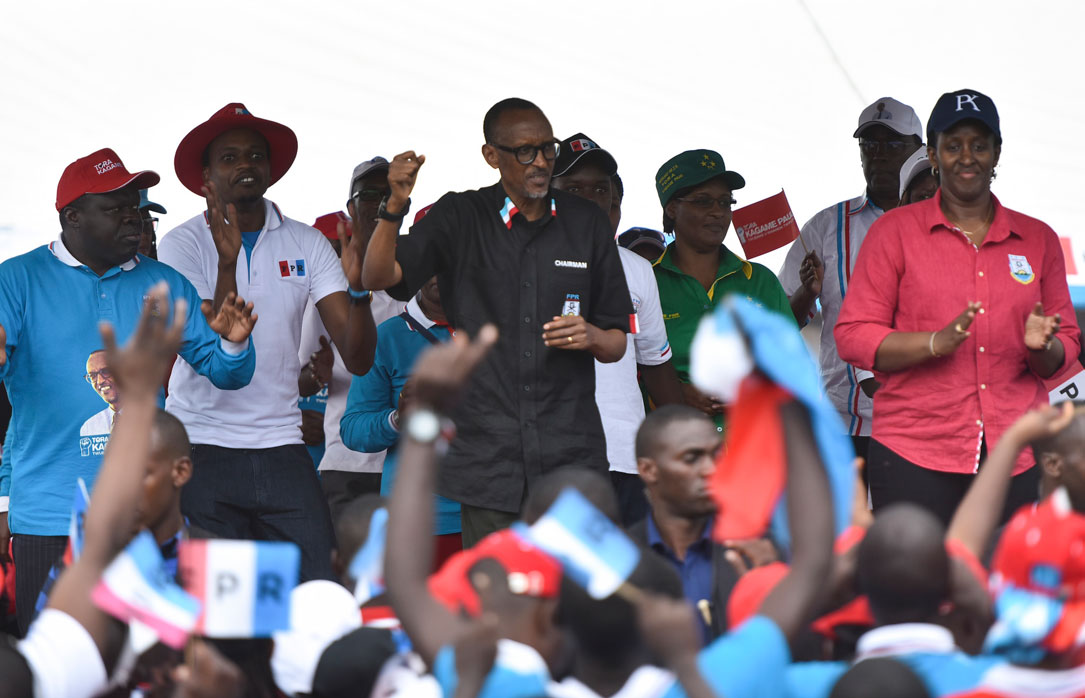 The flag-bearer of the Rwanda Patriotic Front (RPF) Inkotanyi has said that very soon, Kayonza and Rwamagana districts in Eastern Province will grow bigger than the capital Kigali.

Since July 22, Paul Kagame is campaigning in Eastern province and on Saturday evening, he was in Kayonza district.

Kagame, whose country home is located in Kayonza district, thrilled his supporters when he said he is part of them.

“I came to meet you in the evening because I am your neighbor,” Kagame told his cheering supporters.

The Rwanda Patriotic Front (RPF) Inkotanyi flag-bearer for August 4 Presidential elections told his supporters that his home district and its neighbor – Rwamagana district will soon grow into a bigger city more than the capital Kigali.

Both Kayonza and Rwamagana district have grown steadily in different areas such as infrastructure; buildings, hotels, and industries among others.

Kagame said that more achievements will come, despite challenges faced.

“We can endure any challenges we face because they are leading us to an even better future.”

Kagame who earlier campaigned in Kiziguro sector in Gatsibo district, was received by thousands of supporters in a cheerful mood.

The RPF candidate also mentioned some work in progress that will fast track development in the area. These include maintenance of the 116km Kagitumba-Kayonza road that links Rwanda with Uganda.

“Maintainance of this road has already started. Have you noticed it?” Kagame asked his supporters who responded; “Turagukunda turagukunda.” (We love you, we love you.)

Kagame said that Rwandans have picked up pieces and reunited them to build their nation. “We are building this country on an unshakable foundation,” he said.