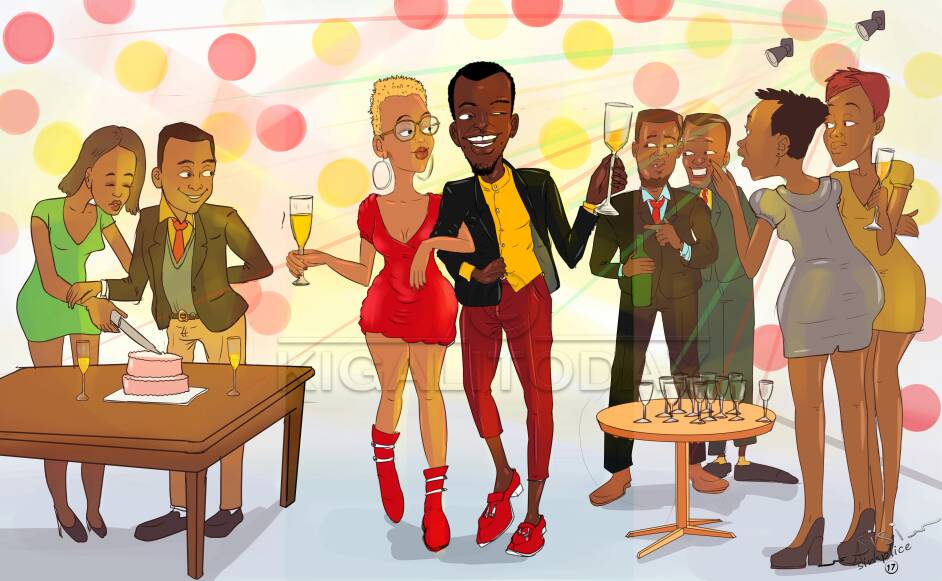 On Tuesday this week, the Minister of State in charge of Constitutional and Legal affairs Evode Uwizeyimana tabled a new draft law to parliament that aims at punishing people who engage in  buying of prostitutes and Human trafficking for prostitution.

According to the Minister, Human trafficking for prostitution is rapidly increasing in Rwanda and is hindering development.

“We expect this law to decrease the number of sexual workers because it will target those who pay for sex,” said the minister.

For a longtime coming, the subject of prostitution has always been looked at by many from the angle of the women and little is said about the men who go out to seek and pay for the services.

As this effort to bring in place a law that punishes the buyers of the sex workers gains momentum, KT Press went out and sought to understand what goes on in the mind of an ardent buyer of prostitutes and came up with this report.

Alex Muhire (not real name) 30, believes he can never be able to maintain a romantic relationship as long as he lives.

At the age of 10, Muhire’s parents divorced. One of his parents was alcoholic and had turned into a public nuisance.

The complex life Muhire lived after the parents divorce changed his perception towards relationships and marriage because he was passed on the burden of taking care of his two siblings as a result of a broken home.

“Waking up early to cook for them and tend to their every need made me regret why our mother decided to go. I developed hatred for her and lost trust for women,” he narrates.

“I never had feelings for any woman growing up, I simply admired them. And on top of that, I never dated one girl, but would have many at a particular time,” he says with a smile of despise.

“Life at university was more fun. I had some money that allowed me to talk to any girl I desired.”

Today, Muhire is banker with a commercial bank in Kigali. He told KT Press that he never suffers from lust or loneliness unless he wants to spend time alone.

“I have my ideal prostitutes who sometimes pretend to be my girlfriends, casual dates, depending on the occasion.”

For different occasions, Muhire seeks company of a specific prostitute that feats the event.

“I don’t buy them at the same price. The dinner one is the most expensive because she is highly educated,” he said adding he pays her between Rwf 300,000 and 500,000 per night.

To John Hakizimana, a manual worker, what Muhire does is way too extravagant. In fact, for him he would never engage in the trade had not been that he lives far from his marital home.

“I work in Kigali, but my wife lives in Kayonza. I visit my family once in two months; it is hard for me to be lonely for such a long period hence opting to pay for the sex services,” he said.

“Most of the time I don’t pay more than three thousand francs, I usually go to cheap places where I find people of my range”, he added.

According to Frank Turatsinze a divorced middle aged man, he says that many men seek prostitutes because of different reasons.

“When you pay for sex, you don’t have to exchange numbers at the end because you know you won’t call again,” says Turatsinze adding that it allows him to have no attachments to any woman.

According to a family consellor who preferred anonymity for this particular interview, most of the men who buy prostitutes tend to have lacked parental love when they were growing up.

“When a child especially a boy did not have an attachment with his parents especially the mother at a younger age, it is difficult for him to know how to handle the rest of the women in his life,” he explained.

“As one grows up, the void of love increases and may result in depression which pushes some into drug abuse or prostitution.”

He says that it can never be easy for such people to become good parents however, he recommends that if they consider going for counseling they can be helped to become better people in the long run.

According to Grace Ubaruta, a Kanombe resident, men who engage in buying a prostitute view women as sex objects and not human beings.

“Some men tend to desire having sex with every woman and this motivates them to buy prostitutes, but I find this to be a terrible attitude because it later develops in incidences of violence.”

Emmanuel Gakenyeye, an electronics dealer in Kigali city, says that although he can’t pay for sex, he cannot judge people who do so.

“Sometimes those men do not have a sexual partner or they are even not satisfied by the partners they have and decide to seek prostitutes. It is their right and I cannot judge them,” he syas.

Clarisse Iradukunda a graduate from University of Rwanda says prostitution arises from women’s poverty, “it is not a choice they make while happy but again men have no right to see these women as sex objects,” she said adding “Men who buy prostitutes should be punished heavily.”