Bitok Settles For his Final Six ahead of Africa Nations Championship 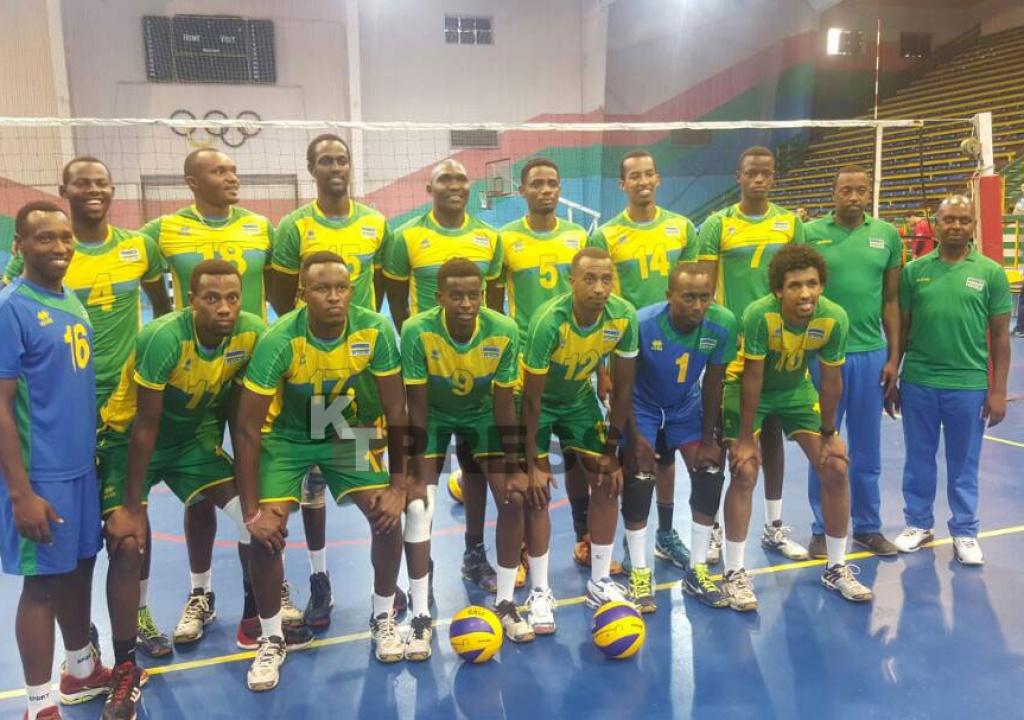 The head coach for Rwanda men’s volleyball team Paul Bitok has settled for his first choice starting team ahead of the African Nations Championship in Cairo, Egypt this weekend.

The Rwandan team has been in Egypt for the past two weeks ago playing a series of build-up matches in preparation for the 2018 FIVB Men’s World Championships qualifiers.

Speaking to KT Sports on Thursday morning from Cairo, Bitok the international tactician said that he has maintained his starting team after playing three friendly matches in North Africa, where Rwanda lost to Zamalek 3-1 and Libya to 3- before edging Egyptian champions EL Gesh 3-2 on Wednesday morning.

“We started badly but I wanted to give chance to all players before coming up with the best six players. We won Egyptian champion El Gesh and I hope it will be the start for better results as I want to maintain the same line-up of yesterday’s match,” added Bitok.

By press time, Rwanda was expected to play their final friendly tie against Somour club on Thursday.

Rwanda qualified for Africa’s biggest volleyball competition after finishing second behind Kenya during the Africa Zone V Championships hosted by Rwanda in July.

Rwanda will be training their eyes on winning their maiden title in Cairo, which will see them qualify automatically for the World Championships in Japan, in 2018.

This year’s men’s African Championship, which starts on Sunday and will end on October 29, 2017.

Zambia, Chad, Libya owned wild cards, while Tunisia, Cameroon and Algeria confirm their tickets as top ranked teams in the FIVB rankings. Egypt as hosts completed the finals line up.

Participating teams will be divided into four groups for the preliminary round where the top two teams in each pool will make it to the second stage.

The African Championship will act also as a qualifier for the 2018 FIVB World Championship with top three teams confirming their tickets to the finals in Tokyo, Japan. The United States is the defending champion.