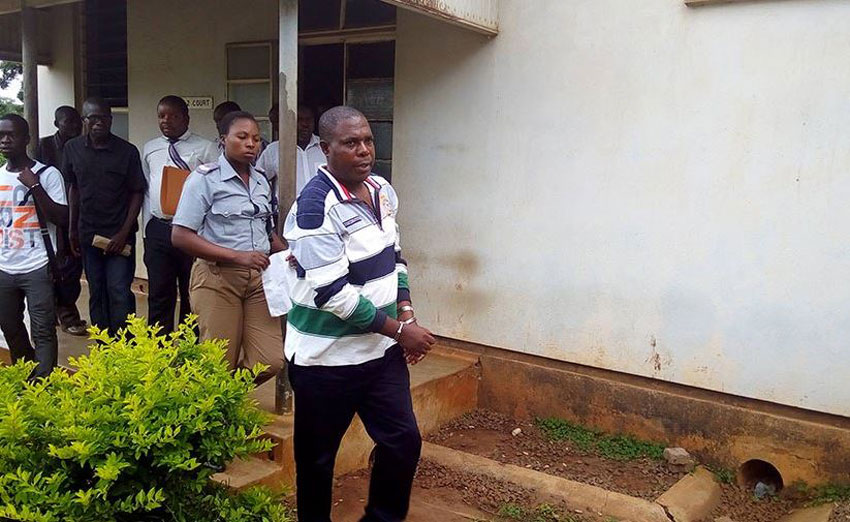 Businessman Vincent Murekezi currently battling a case in Malawi but is also wanted in Rwanda over Genocide and crimes against humanity. Rwanda and Malawi have signed an extradition treaty

Engaging in activities that financially aid terrorism could land you in trouble under the new law as new crimes are on the rise in Rwanda.

A cabinet meeting convened on Wednesday chaired by President Paul Kagame, approved a draft law with a provision of penalising  terrorism and Money Laundering.

Already, Rwandan courts are hearing cases related terrorism. For example, eight suspects are on a 30-day remand on charges of  recruiting and financing a rebel group that have an intention to overthrow Rwanda government.

Another suspect in France is wanted in connection with coordinating fundraising activities for this rebel group.

During the same cabinet meeting, an extradition treaty between Malawi and Rwanda was approved including other draft laws related to bilateral agreement on transfer of convicts between the two countries.

Malawi holds a wealthy businessman Vincent Murekezi who is wanted in Rwanda over Genocide and crimes against humanity. An extradition case is pending.

Meanwhile, the cabinet also approved a Draft Law relating to the prevention, suppression and punishment of Trafficking in Persons and Exploitation of others.

Human trafficking has been identified as a major but unacceptable challenge in Rwanda for a couple of years now. At several occasions, Kagame repeated that Rwandans cannot be traded as commodities.

“We cannot accept that Rwandan people be traded like commodities,”Kagame said while addressing the 12th National Dialogue, Umushyikirano -2015.

The National Dialogue took place after Rwanda National Police had rescued over 60 girls in four years, while prosecution presented 24 cases, although hundreds are believed to be trafficked clandestinely in networks of Uganda, South Africa via Tanzania, and to as far as Asia via Kenya.

The prey are promised juicy job but traffickers force them into prostitution or steal their organs like kidneys.

The attorneys are lawyers working from the respective institutions. They represent their institutions in court.

Their institutions do not need to acquire attorneys based at Ministry of Justice when they have to appear in a litigation case.

Other institutions with their own attorneys include; Rwanda Revenue Authority, RSSB, Natural Resources Authority and the National Human Right Commission.

“The decision to give an institution its own attorneys is informed by the uniqueness and occurrence of cases in that institution,” Isabelle Kalihangabo, Permanent Secretary in Ministry of Justice previously told KT Press. She said that Rwanda has more than 20 state attorneys.

As far as other appointments are concerned, Dr. Anita Asiimwe, former Minister of State in Ministry of Health was appointed as National Coordinator of Early Childhood Development (ECD) Program, a program under Ministry of Gender and Family Promotion.

Before this appointment, Asiimwe was Deputy Director General of University Teaching Hospital.

Cabinet also appointed Aimable Havugiyaremye to serve as chairman at Rwanda Law Reform Commission.  He is replacing John Gara who served in this capacity since the institution was created five years ago. Gara was once CEO of Rwanda Development Board (RDB).

Meanwhile, Dr. Didace Kayihura, a senior Lecturer at University of Rwanda (UR) was appointed Rector of the Nyanza based Institute of Legal Practice and Development (ILPD).

Six ambassadors were approved to represent their countries in Rwanda. Three of them will represent Egypt, Ethiopia and Republic of Sudan with residence in Kigali.

The approved Ambassadors of Kingdom of Thailand, Republic of Philippines and Argentine Republic have their residence in Kenya.

Teenage Pregnancies on the Rise – Survey