Mulindi Japan One Love, a civil society organisation has promised to recycle plastic materials into prosthetic limbs needed by the disabled people in Rwanda.

The organization officials have said that they have solicited for $ 100,000 for a project which is set to start a Three Dimension (3D) printing equipment for prosthetic limbs.

“We are already conducting a market research on the prices across the globe, for the appropriate equipment. This will take some time but once we have the machines we will be able to make better sockets” said Mami Rudasingwa Yoshida, the Supplement Legal Representative of Mulindi One Love.

Since 1997, Mulindi Japan One Love offers artificial limbs, crutches and wheelchairs to the physically impaired free of charge.

Yoshida revealed this plan at a ceremony in which the Japanese government officially recognized activities of Mulindi Japan One Love which supports over 8000 physically impaired Rwandans for the last 20 years.

The 3D printer, according to Yoshida will use recycled plastic materials and will have precise measurements for prosthetic limbs which have for the past years been measured manually.

Using the recycling option is expected to cut down the costs of running the project which currently stands at an average $100,000 from Japanese donors, friends and the Japanese government.

“This will be ecologically friendly and it will put to good use the plastic bottles that are dumped around but also improve the services we give to Rwandans,” Yoshida said.

The Japanese envoy to Rwanda, Takayuki Miyashita told KT Press that Mulindi Japan One Love Project will continue to receive their support. 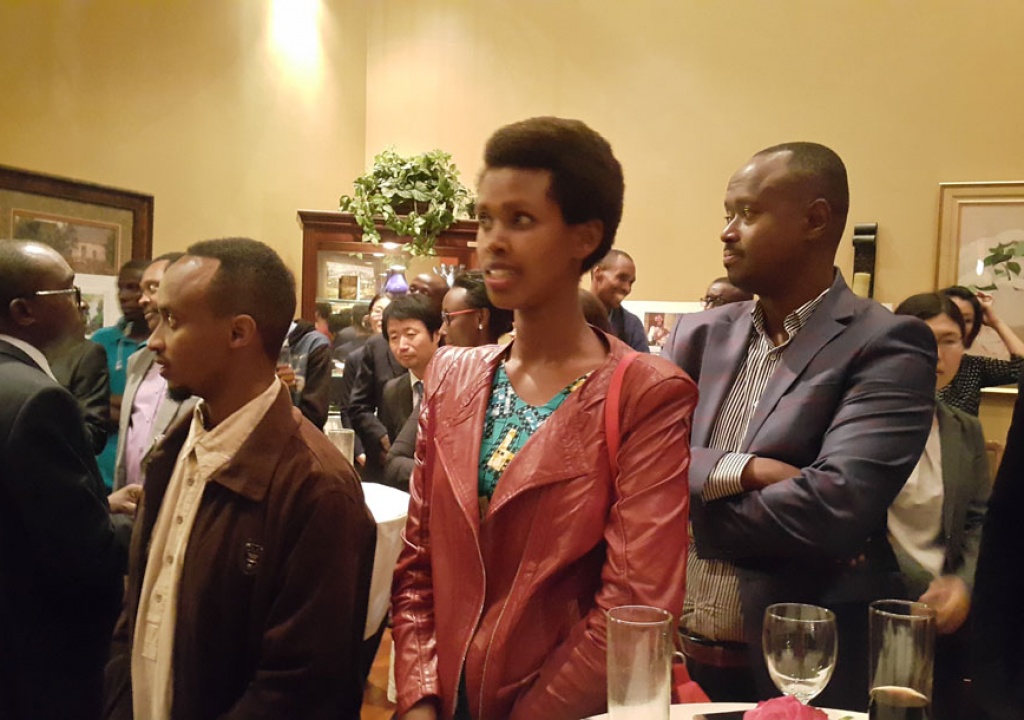 “This is one of the projects in Rwanda that represents bilateral partnership between Rwanda and Japan, that is why we are willing to support the project to see others of the kind come up in the future,” Ambassador Miyashita said.

Mulindi Japan One Love Project commonly known as ‘Kwa Rasta’ which is located in a gazetted wetland at Kimuhurura since 1997 is one of facilities set to be relocated among other businesses.

Miyashita said that the embassy will work with the project to find an amicable solution to this.

Partnership between Rwanda and Japan through Mulindi Japan One Love initiative has seen at least 10 Rwandan Orthopedic technicians trained in making prosthetic limbs, and some have opened private centers to reach more citizens.

One of them Patrick Ngoga, a beneficiary of Mulindi Japan One Love project since childhood now runs Centre Internationale Orthopedique (CIO)- which operates in Rwanda, Burundi and DR Congo supporting 2500 persons.

“There is no big achievement like being able to help other disabled persons after being helped to study in Japan. My plan is to carry on this work to give back to the community as much as I can,” Ngoga said.

The duo received a certificate written and signed in Japanese by the Japan Foreign Affairs Minister, Fumio Kishida, in recognition of distinguished service in promoting understanding between Japan and Rwanda, contributing to a friendly relationship between both and other nations in the region.