Vedaste Nzabamwita 32, a farmer in Susi Sector of Ngororero district did not have the chance to go to college but he swore to have literate children.

Nzabamwita, a father of one will only feel a proud father if his children acquire the best education and become important people in the country.

“I realised I will never reach my goals because I had no education. I wanted to be an engineer but now I am pursuing a different carrier. I do not want this to happen to my children,” Nzabamwita told KT Press.

Nzabamwita who dropped out of school at senior one level regrets that if his parents had saved money for his education, he would have continued his education even after their death.

As he grew, Nzabamwita struggled to figure out his life although he knew he would never achieve his dreams.

He was taken to live with his uncle who taught him electrical skills that earn him partial income today on top of farming.

Nzabamwita’s childhood enabled him to be open minded and make sure he prevents his children from the hardships he went through.

Today, he is a father to 3-year old Alipe Irakoze and he has already opened a savings account for him in Umurenge Sacco.

“It has been 5 months since I opened his saving account which has collected Rwf250, 000 in savings,” Nzabamwita said.

He saves at least Rwf15, 000 and above depending on how much he has earned on a monthly basis.

“I am preparing a bright future for him and by the time he grows, he will also adopt the culture of saving which is good,” he explained.

In addition, Nzabamwita said that he has no property for his son to inherit, but the best he can do is to prepare his future by saving for him.

“When he grows up, he will be happy that his father saved for him. And I am sure he will do the same for his own children,” he added.

Nzabamwita is among other many parents across the country who adopted the culture of saving for their children.

However, there are also children who have started to save on their own.

At national level, children have saved are now estimated at Rwf 533 million from Rwf 400million in 2015

Uwase Noella Chartine 14 is from Muhanga District in the Southern Province. In 2013, she opened a savings account at CPF Ineza, a microfinance institution in Muhanga town and started saving as little as Rwf100 whenever she had an opportunity to get pocket money from her mother.

“In many instances, my classmates asked me to buy doughnuts for them, but I refused because I had an objective in life,” she said.

“I can accept to walk to school and keep my transport fee for my account.”

Today, Uwase who is in senior one has about Rwf 80,000 on her savings account. Her ambition is to buy a laptop before she completes her ordinary level.

Uwase is among hundreds of children on a savings spree. The trend is catching up to many children and their future seems to be brighter.

Meanwhile, the Association of Microfinance Institute of Rwanda has been carrying out a savings campaign across the country and has had success.

According to their statistics, Rulindo tops other district with 1064 saving accounts for children; Musanze follows with 1450 accounts then Rubavu with 643 accounts.

AMIR says Children can deposit and withdraw, but cannot get a loan until they are 18 years or have a joint account with an adult.

On a national level, their savings are now estimated at Rwf 533 million from Rwf 400million in 2015. 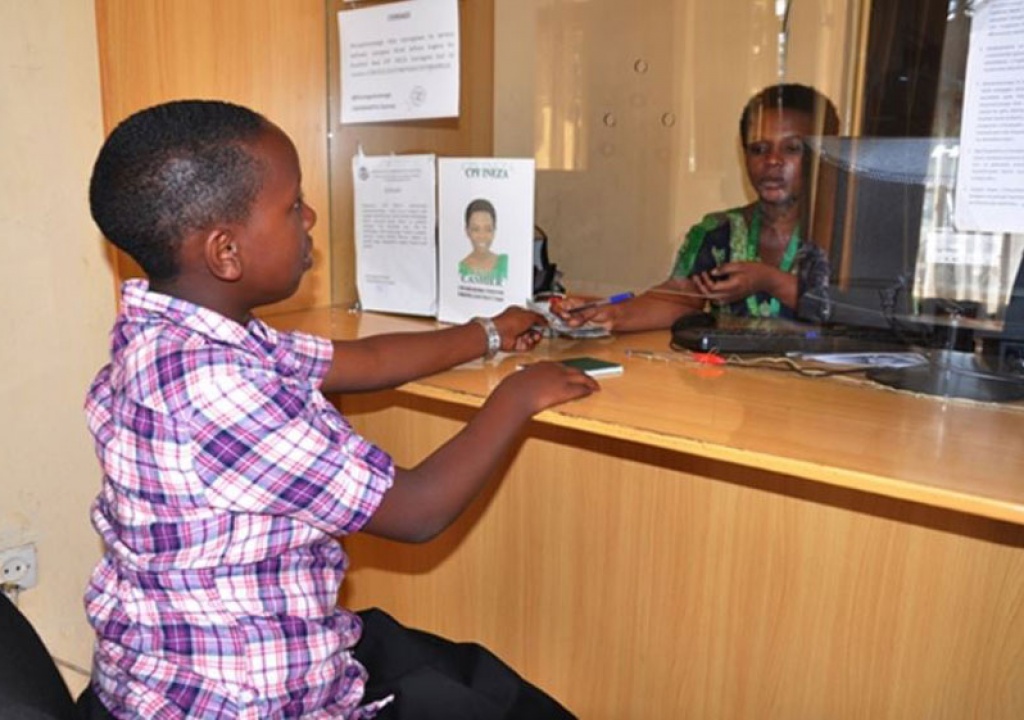 Uwase Noella Chartine depositing her savings at the bank

Although children are being taught saving culture at a young age, it is still a problem in the Rwandan society in General.

“Some parents do not understand the importance of children savings which is our responsibility to teach them,” Felicien Hirwa, an official in AMIR said.

“When parents understand this, they will do it happily and children will copy that responsibility,” he added.

This was also emphasized by the Finance minister Claver Gatete who called upon Rwandans to embrace savings culture.

“We encourage Rwandans to embrace a savings culture especially for long term which will support investment for economic growth,” he said at the launch of savings week than run from October 23-30th.

During the savings week themed “Our saving our Wealth”, the Ministry of Finance and Economic Planning worked together with different stakeholders and financial institutions to promote, teach and showcase advantages of savings.