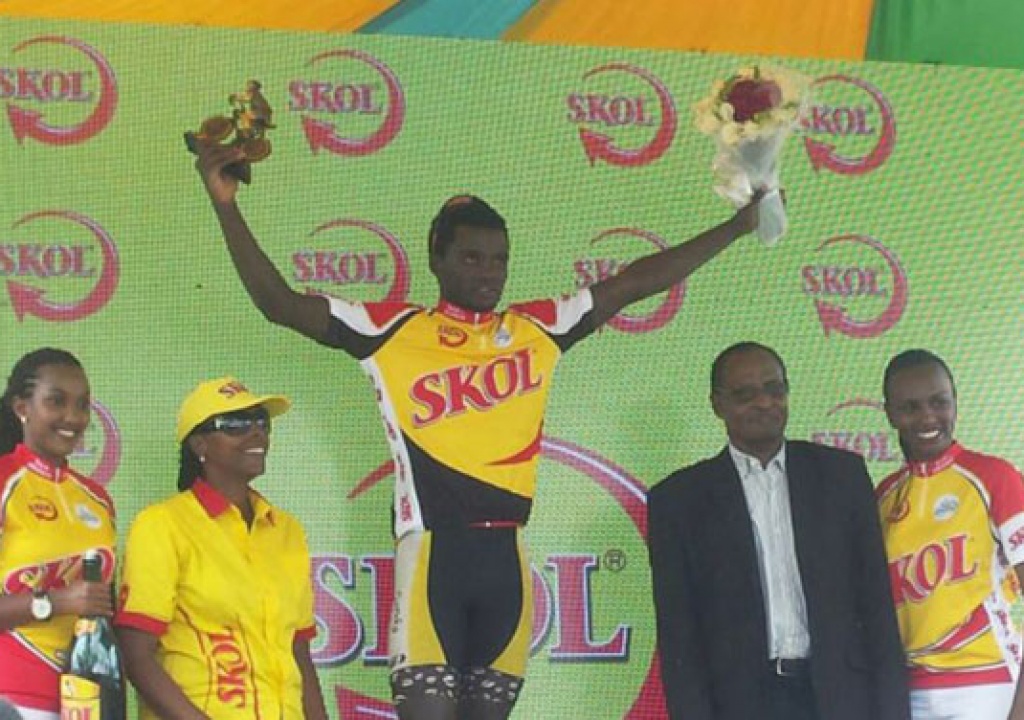 Hamza Yassin of the Algeria national team was five seconds behind Uwizeyimana alongside Avila Venegas of Team Illuminate.

Within this stage comprised of sixty three riders compared to 66 in the yesterday’s stage.

Upon reaching Akagera River, Holler Nikodemus of the Bike Aid was reading the race ahead of other riders with 16 seconds.

A little while, Lagab Azedine from Algeria National Team, Jean Claude Mfitumukiza, Englen Tsegay Emmanuel from Eritrea and Jean Ruberwa joined him to make the first peloton, with 1min and 10 seconds ahead of others.

When the race got tougher amidst heavy rain, Team Dimension Data rider Alex Nizeyimana surrendered in the race.

Today’s Stage-five was the second shortest distance after Kayonaza –Kigali stage-six with 86km in this year’s tournament.

In tomorrow’s sixth stage riders will take on the 86km race from Kayonza to Kigali.

The final stage in the tournament remains in Kigali with 10-laps of the capital starting and finishing at the Amahoro Stadium.

The final day of racing provides an opportunity to attack and move up the rankings and force one final shake-out of the classification.

Rwanda to Issue Visa on Arrival to All Visitors