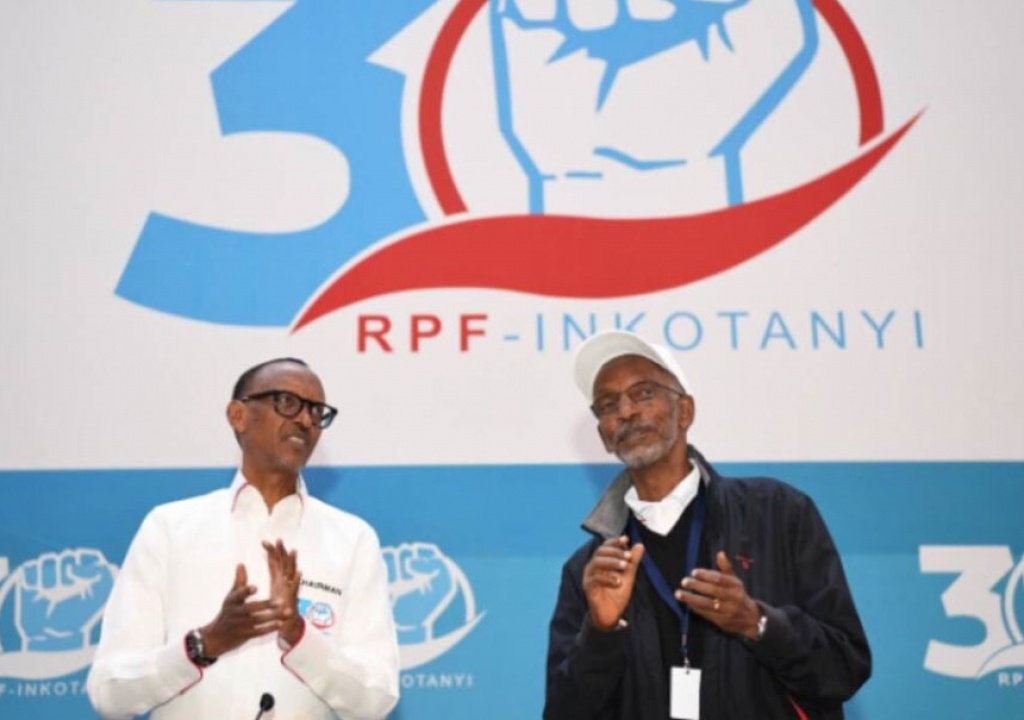 President Paul Kagame has warned Rwandans who commit crimes and escape to Western countries where they earn a living just from criticising Rwanda with baseless allegations.

They will regret such behaviors, Kagame warned.

“They failed to see that when you are a tool of external forces, no one will stand by you when you are no longer useful. And that is what happened when they were faced with failure,” Kagame said during celebration of 30th anniversary of Rwanda Patriotic Front (RPF) Inkotanyi – Thursday.

An example of such critics is the case of Diane Rwigara, who aspired to become president during the last presidential elections but was rejected to stand after using fraudulent means to complete her credentials.

Among supporters who signed for Rwigara, the Rwanda Electoral Commission (NEC) found out that some of them were dead.

Later on, Diane Rwigara was sued on charges of insurrection and forging documents.

Critics rose among Rwandan dissidents and Western media that the aspirant was arrested because of her intention to vie for presidency alongside President Paul Kagame.

“A recent criticism was that we mistreated a young lady running for presidency, and we have arrested her,” Kagame said.

The president said that, in their thinking, Rwandan officials would be scared of such critics fearing that the incidence may tarnish the country image, but it is out of question.

“When such critics come across a strong organization like RPF, we do what we ought to do,” he said.

Whenever such critics emerge, Rwanda takes time to give the correct version of the matter, and in most cases, people speaking wrong about Rwanda end up disappointed and run to Western countries.

They take for granted their dignity as Rwandan citizens and embrace miserable life in their self-imposed exile.

But Kagame reminded thousands of party members gathered at RPF headquarters in Rusororo sector, Gasabo district that no one can easily attack Rwanda from outside.

Instead, he said, “Instability could come from within if we keep doing what is not right.”

The RPF Chairman reminded party members that “all the challenges we have faced, and the milestones we have reached, should all serve as lessons that we should use to move forward.”

For that reason, Kagame expects RPF members to work harder bearing in mind that life expectancy in Rwanda is far beyond 30.

“We deserve to live longer beyond those years.” We cannot let any of these challenges deter us from the goals we have set for ourselves,” he said.

“Our citizens expect us to succeed. To deliver on development for their children to go to school, for citizens to earn a livelihood. We cannot afford to fail our citizens,” Kagame said.

All the efforts should be done to defend RPF reason of being; to solve Rwanda’s serious problems.

“We have to ask ourselves what example we are setting for the youth. Our legacy to them should be about how we build our country and forge our identity as Rwandans.”

The RPF Chairman, warned party cadres to stop the culture of bragging.

“The culture of bragging among Rwandans is wasting time and should stop. Why don’t you instead focus on the burning issues facing us?” He said.

Kagame reminded party members that they should work hard and restore cultural values, always consider others; teamwork, discipline, and commitment.

Today’s congress will be followed by party celebrations set for Saturday, December 16th.

Enjoy your Week-end as You Donate for Christmas