Rwanda off to a Losing start in Cecafa Challenge Cup 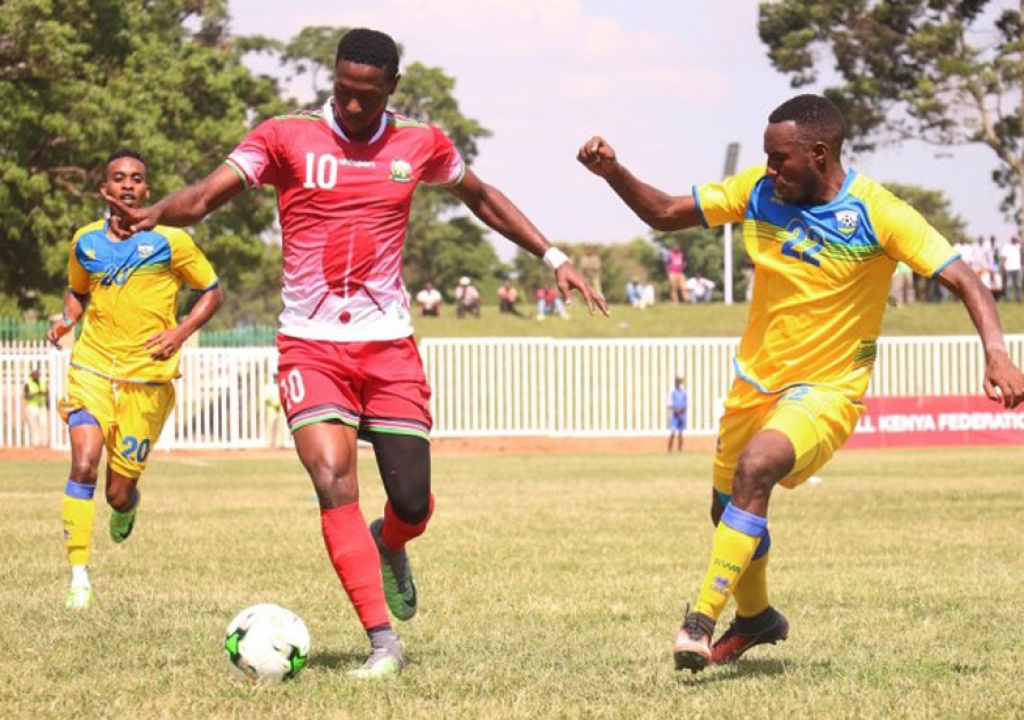 The 10-man Rwanda Senior Men’s team Amavubi endured a poor start to the 2017 Cecafa Challenge Cup campaign after losing to hosts Kenya 0-2 in the opening match of the tournament held on Sunday at Bukhungu stadium in Kakamega.

Kenya broke the deadlock in the 25th minute as Massoud Juma scored from the penalty spot following Harambee Stars defender Jockins Atudo’s foul inside the box by Amavubi centre back Soter Kayumba.

Duncan Otieno doubled the lead in the 38th minute as he struck a thunderbolt from 30 yards past goalie Eric Ndayishimiye who had no chance of saving the goal to send fans into wild celebrations in a fully packed Bukhungu Stadium which had former Kenyan Premier Raila Odinga among the dignitaries present for the game.

Rwanda’s best chances came in the 33rd minute when Abeddy Birahimire had a chance after being picked out by Justin Mico who had done well on the left to skip away from Dennis Sikhayi, but Mico could not get a shot on target under tight marking from Atudo to send the shot wide.

In the second half, centre back was sent off seven minutes after restart following a second bookable offense.

Both sides never staged good play in the second half as rains made the pitch slippery and Rwanda could not break the Kenyan defense for a draw which would earned them a point, leaving Kenya to bag maximum points of the day.

In another Group A game played in Machakos between Libya and Tanzania ended in a goalless draw at Kenyatta Stadium.

Kenya tops Group A with three points and two goals followed by Libya and Tanzania while Zanzibar (yet to play) and Rwanda are placed bottom. Hosts Kenya will play Libya in the second match while Rwanda will be up against Zanzibar.