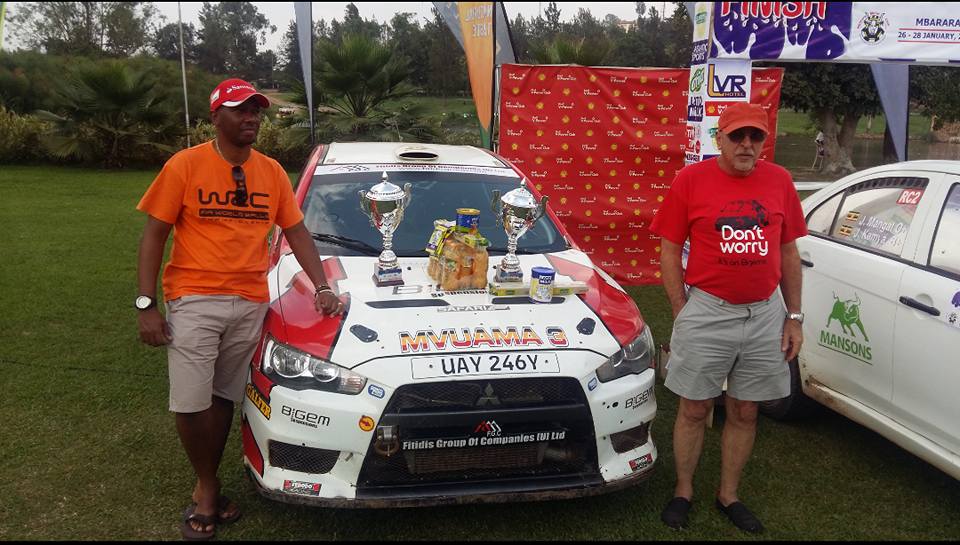 Rwandan co-driver Eric Nzamwita alongside Christakis Fitidis started the 2018 Uganda rally season on a positive note as they managed a second-place finish in the 157-kilometre race of Mbarara motor rally which climaxed on Sunday.

Mbarara rally is the first competitive race that opens the Uganda national calendar of motorsport championship every year.

Forty-two top rally drivers registered to take part in the rally which begun on Saturday after two days of action, Fitidis navigated by Nzamwita finished second unscathed clocking 1:54:19 to come behind Jas Mangat who was navigated by Speedy Kamya.

Susan Muwonge navigated by Edmond Kyeyune clocked 1:54:29 to finish third on the podium.

Ronald Ssebuguzi and Duncan Mubiru aka Kikankane dropped out of the race in the second last section.

Defending Mbarara Rally champion Umar Mayanja also dropped out of the race when his car developed an engine problem, alongside Leila Mayanja, whose car’s windscreen was shattered.

Ponsiana Lwakataka also left the race just after a few kilometers into the first section of the event yesterday.

Reigning champion Fitidis and Nzamwita will now switch focus to the Jinja Rally which is second on the national rally championship.