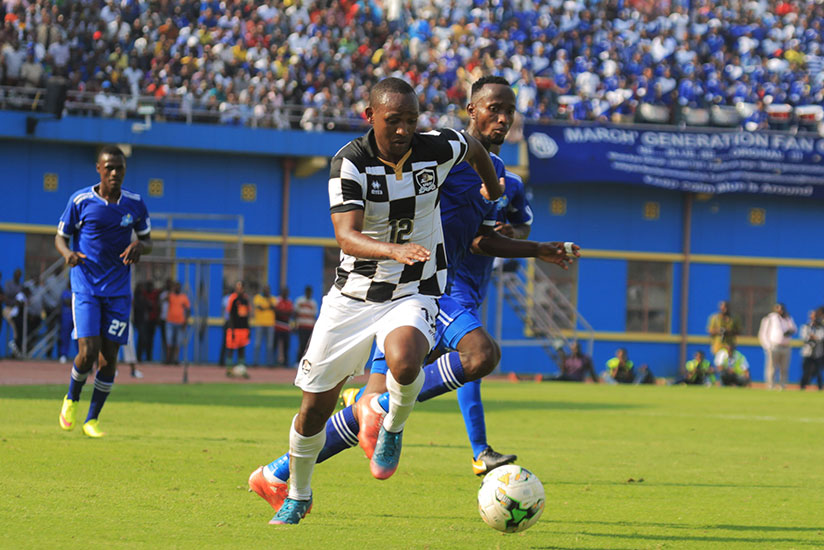 APR Fc named a traveling squad of 18 players for the CAF Confederations Cup round one first leg fixture against Mali’s Djoliba AC de Bamako which will be played at Stade Modibo Keita in Bamakoon Wednesday.

The team left for Bamako on Sunday night via Addis Ababa, Ethiopia and is expected to land in the Malian capital on Monday afternoon.

The squad is generally unchanged except for two additionals of new signings Jean Claude Iranzi and Savio Nshuti Dominique who were signed late in January and ended up not participating in the preliminary round action against Seychelles side Anse Reunion.

Skipper Mugiraneza told reporters before departure, “We are going into this tie ready to secure atleast a win before we finalise the affair in the return leg which will be held at home,”

“The squad is ready to deliever and I am confident we will fight until the last minute to secure the needed positive result that will give us an advantage going into the return leg next week,” added the former Kenya’s Gor Mahia midfielder.

To reach the round of 32, APR Seychelles side  Anse Reunion 6-1 on aggregate. The first leg away ended 4-0 with the return match in Victoria ending 2-1 in favor of the military side.

Djoliba AC de Bamako, on the other hand, qualified to the first round without kicking a ball as their would be opponents Ekwa United of Liberia withdrew due to financial constraints.

APR Fc are ranked fourth on the Azam Rwanda Premier League Standings with 21 points after twelve rounds of matches from five wins and six draws.

They were held to a goalless draw against bottom ranked Miroplast Fc mid this week at Stade de Kigali.

The aggregate winner after the return match on March 17 in Kigali will play for a group stage qualification in the Confederation Cup play-off round with the eventual winner sealing a place in the lucrative groups.

Accountability: A Call for Self-satisfaction