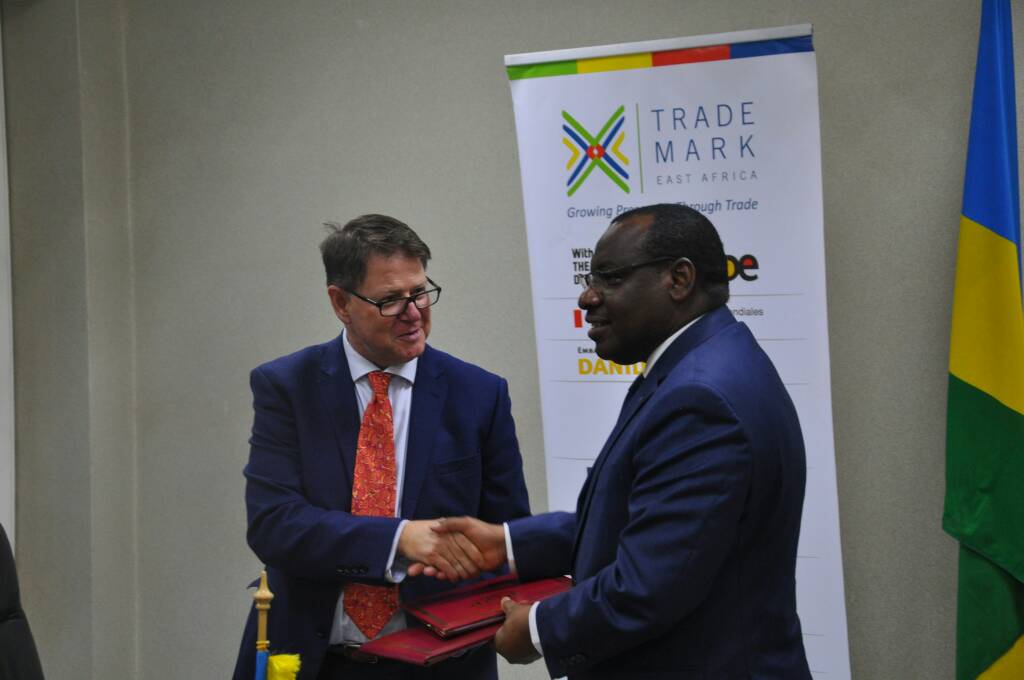 In a Memorandum of Understanding that was signed in Kigali on Tuesday, TMEA extended its partnership to 2023, which is a prolongation of the first phase that was started in 2011.

According to the MoU terms, the signatories committed to support interventions that will lead to job creation, poverty reduction and increase trade for Rwanda.

The MoU is valued at $ 53 Million of which $45 million has been contributed by the Belgium, UK and USA governments through their development agencies.

The remaining $8 Million will be mobilized within the next 2 years in partnership with other development partners.

TMEA commited to work with Rwandan Government and private partners to support construction of harbor facilities at Rubavu and Rusizi ports of Lake Kivu.

According to TMEA,   supporting  women in trade with a focus on building capacity of women traders will also be deepened.

“The organization will contribute to creation of additional employment opportunities as investors capitalize in the transport and manufacturing sectors and export growth,” TMEA’s CEO Frank Matsaert said during the signing of the MOU.

He also noted that “Our second phase – will consolidate successes achieved by our partners and innovate around lessons we have learned so far including more efficient programme that will deliver at least 100,000 jobs for the people of Rwanda in 6 years.”

While speaking at the event, Claver Gatete, Minister of Finance and Economic Planning noted, “TMEA is one of our valued partners. We commend it for its speed of implementation and willingness to listen to and respond to our priorities.”

In its first phase, TMEA partnered with the government of Rwanda in the projects that includes; construction of Kagitumba One Stop Border Post, development of the Rwanda Electronic Single Window and Rwanda Electronic Cargo Tracking System.

They also invested in the development of Kigali Logistics Platform.

The recent evaluation of TMEA’s first phase of programming in Rwanda indicates a 28% return on investment (ROI). Their interventions induced $100 million worth of trade.