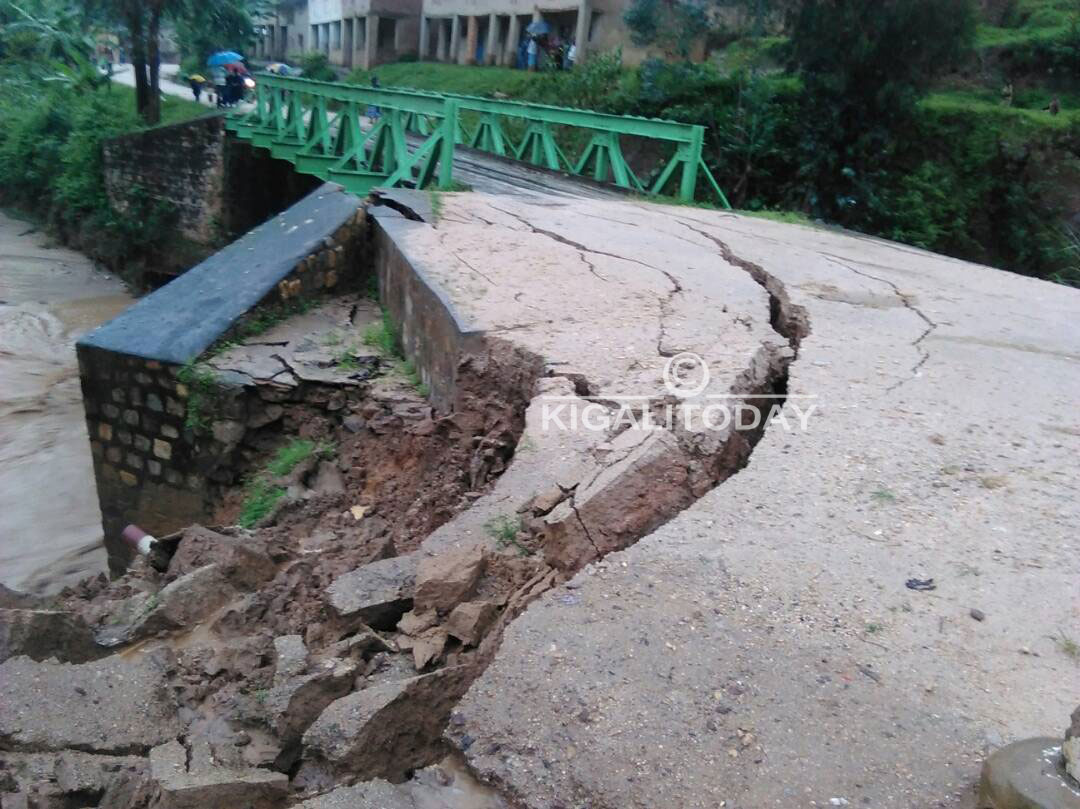 “Works to restore traffic started on Kigali-Gatuna Road. We expect to have traffic resumed for all vehicles by Monday latest. However, light vehicles and passenger buses are passing,” Jean de Dieu Uwihanganye, State Minister in Charge of Transport has said.

On May 14, heavy downpour caused floods to wash away part of this road at Rwankonjo in Cyumba Sector, Gicumbi District which obliged the police to close it from heavy trucks.

A team from the Ministry of Infrastructure led by Jean de Dieu Uwihanganye, State Minister in Charge of Transport drove to the area on Monday together with contractors to assess rehabilitation needs.

“We have taken measures to rehabilitate this road as quickly as possible so that it is again put into use to all road users by next Monday,” Jean de Dieu Uwihanganye said in Press Conference yesterday.

Pending this rehabilitation, the heavy trucks transporting goods from Kenya and Uganda to Rwanda, Burundi and Democratic Republic of Congo are using Kagitumba-Kigali and Cyanika-Musanze-Kigali roads.

Uwihanganye said that the Government needs Rwf5 billion ($5.8 million) for emergency rehabilitation of all infrastructure and property damaged by heavy rains that plagued the country for the last four months.

However, it will require Rwf24 billion to repair all damages caused by heavy rains from January this year.

According to Mininfra, Rwanda has undergone heavy and unusual rain for the last four months that has never happened in the last 36 years.

On May 11th, Prime Minister Eduard Ngirente convened a press conference to talk about disasters and losses they had so far caused to the country.