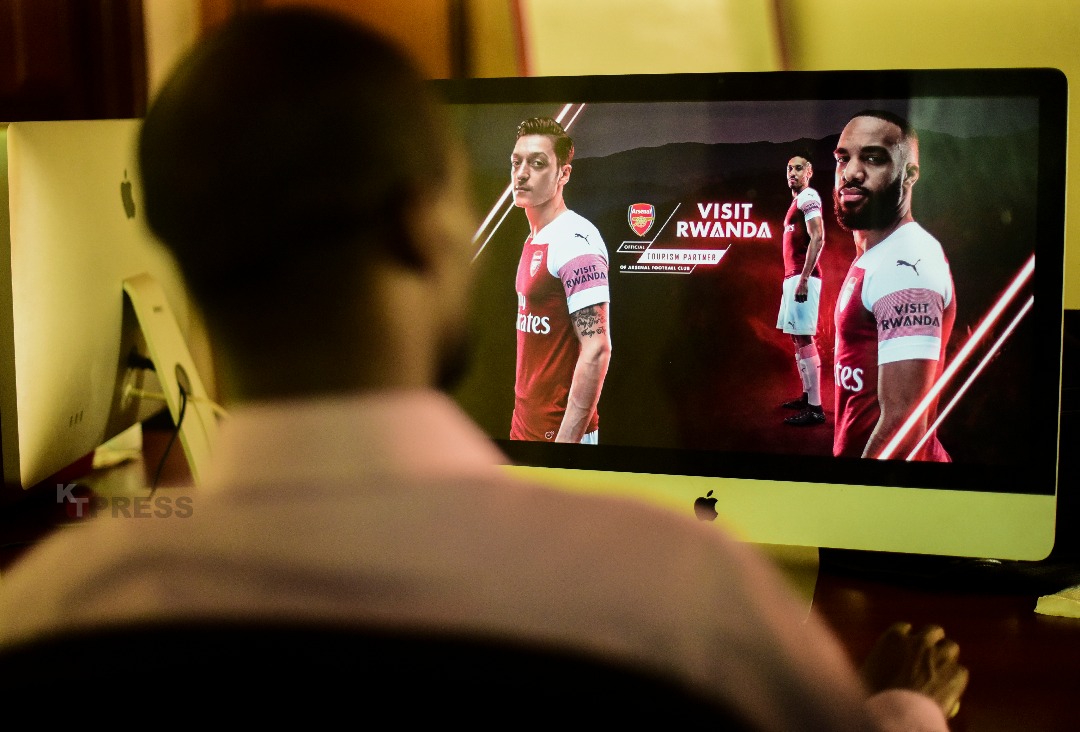 Sigrid Kaag, Minister for Foreign Trade and Development Cooperation for the Netherlands has told parliament, that the decision to enter a marketing deal with Arsenal was at the discretion of Rwanda which intends to gradually phase out aid dependence.

On top of the ‘Visit Rwanda’ on the Arsenal jersey sleeve, the team with a huge fan base in Rwanda and across the world and great records is expected to visit Rwanda and to promote local sport, to mention but a few.

The cost of the deal which is still in speculation since Rwanda never made any public revelation of the sum, has caused controversies in the West.

Last week, Dutch MPs, and later on, UK’s, said that Rwanda was not right to spend money on the deal, given that the money ‘comes from the aid we provide to the country from our taxes,’ argued the MPs.

Rwanda defended the deal, saying that the money has nothing to do with aid, rather, it is tourism revenues being reinvested, with a target to double tourism revenues to $800 million by 2024, from the current $400 million.

The MPs asked Minister Kaag five key questions, and her answers suggest that the Netherlands Government understands that Rwanda made the right choice.

“The Netherlands understands, that Rwanda as part of broader development strategy, wants to further develop its tourism industry, and the promotion and marketing is part of this,” she told the MPs.

“The choice of Arsenal is up to Rwanda itself. The Premier League obviously has a global reach and is followed by hundreds of millions of people every week.”

Seemingly updated about the matter, Minister Sigrid told the MPs, that Arsenal has official supporters’ association in 23 countries across the continent, including one in Rwanda.

And from the previous records, the Minister said, “Rwandan strategy is not without success.”

To back up her statement, she just let the figures speak, while quoting reports of the International Monetary Fund (IMF).

She said that, according to the report, the number of international visitors reaching Rwanda doubled to 1.3 million between 2010 and 2015 while tourism income doubled to $400 million in 2010 from $ 220 million in the same period of time.

She also warned them that they should be prepared for other ‘shocks’ because other African countries that have partnership, are also developing very ambitious tourism strategies-Kenya is one of those countries.

Dutch MPs caught in a trap

What Minister Kaag was telling the MPs was only a reminder to the laws they have passed themselves, but they had either forgotten about them, or intentionally wanted to pretend.

She reminded them, that their laws put Rwanda in the category that will not depend on their aid in future.

“On 16 September 2016, your house was informed about the decision to add Rwanda to the so called category of transitional countries,” she said.

“In countries with transition relationship, the aim is to phase out bilateral aid, from the perspective of a relationship based more on mutual interests on trade, investment and political cooperation.”

She openly said, “The aid will be phased out in the coming years.”

She said, Rwanda is still on the list of least developed countries, but “with a desire to become more aid-independent.

“This commitment is in line with greater role for trade and investment that Netherlands is striving for in relations with Rwanda.

According to the minister, this new relationship between both countries makes so much sense.

“In the World Bank Doing Business 2018, Rwanda rose 15 places on the world ranking list of best countries to do business, putting the country on second place on the African continent,” she said.

In the meantime, Min Kaag told the house that her government invested 42.5 Million Euros in water and sanitation, justice sector and justice in 2017, a commitment that they want to maintain in 2018.

The minister intimated that she sees Rwanda as a country that is going to promote business opportunities rather than an aid-dependent country.